5 things a Sons of Horus Army does better than your Legion! HORUS HERESY SHOWCASE. 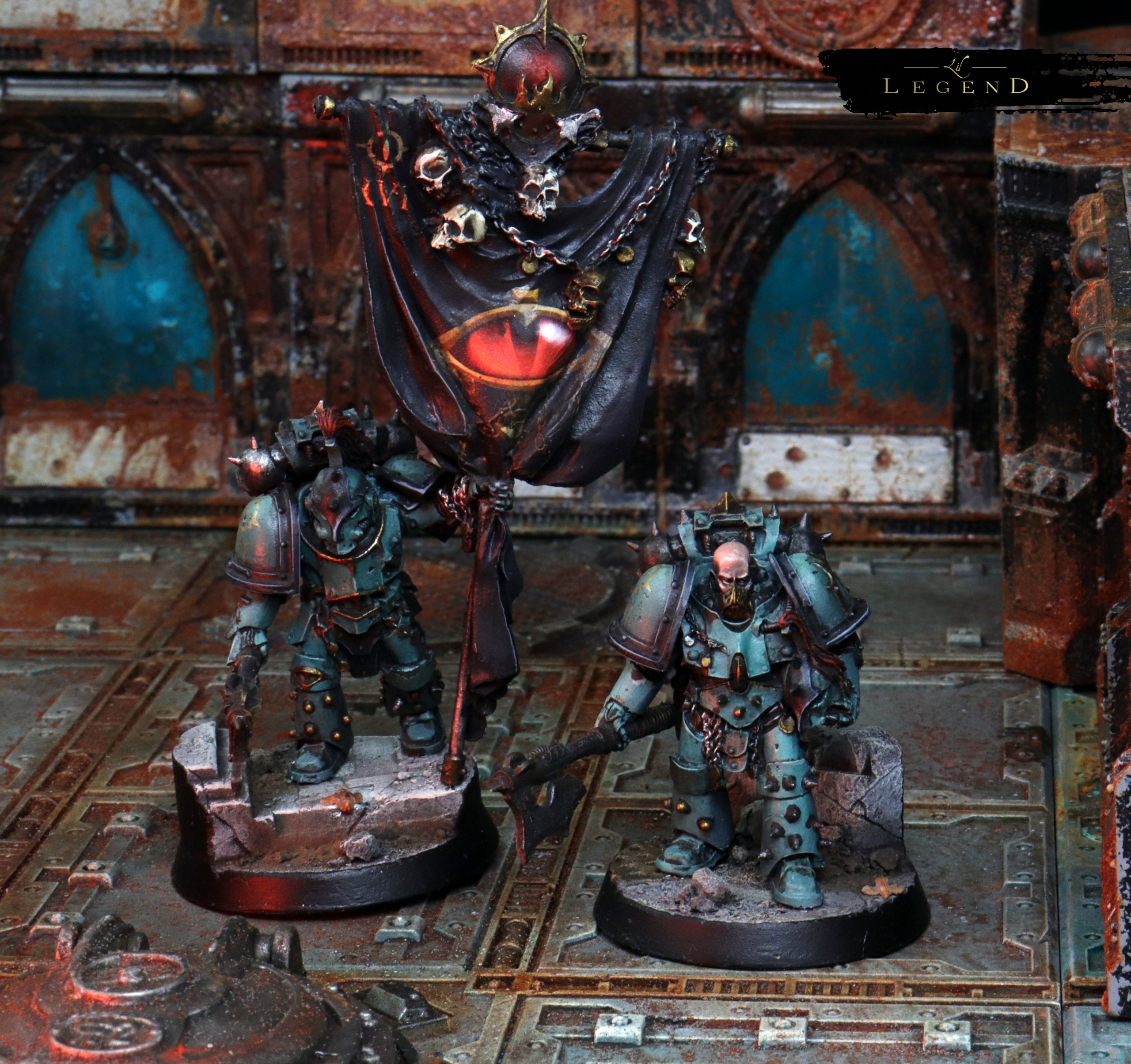 SONS OF HORUS ARMY SHOWCASE. This army is a commission-painted piece – get in touch for your own bespoke army painted by our studio.

In the hierarchy of the damned the Sons of Horus sit in the mouth of the devil. Originally known as the Luna Wolves, the Legion enjoyed a reputation for being first among equals. Their Primarch was Horus, known as  Lupercal, was lauded as the finest military mind mankind had produced. Daring, bold, and imaginative, the Crusade’s spear tip was formed by the XVI.

The sheer amount of visual and audio references that are available to us, allows the painter to custom a force that reflects the richness of the Universe.

2 – A Sons of Horus army fights on every front.

Unlike the Salamanders or Raven Guard, The Sons of Horus are present at every major engagement. From Isstvan to Terra, the Sons of Horus reeve their way across the galaxy. You won’t have to create a convoluted excuse to use your army in campaigns or do any metal gymnastics to butcher your way toward Terra.

3 – Justaerin in a Sons of Horus Army

One of the most iconic units of this era, the Justarein not only define the Sons of Horus, but also set the scheme of the Black Legion into the 41st Millenium. And just look at those miniatures! They are some of the finest crafted by GW!

We all love the Grim Dark. We all love the brutality of the universe in which we play. I like to describe Horus Heresy as ‘disfigured bald men butchering each other. Unlike the Blood Angels or Emperor’s Children, the children of Cthonia display their savagery for the world to see. This opens up other ranges such as the Iron Warrior Dreadnought (below) to be painted in Sea Green.

You show me another legion that can rock a top knot like Abaddon and I’ll call you a god damn liar! The Sons of Horus have a distinct visual imprint. Top knots, knives, axes, mirror coins – all wonderful details that you can work into your force to give them a visual edge over other collections.

That was our run down of the 5 things that the Sons of Horus do better than your legion. If you would like to commission a collection from us then GET IN TOUCH! Or Learn how to paint them yourselves via our courses.