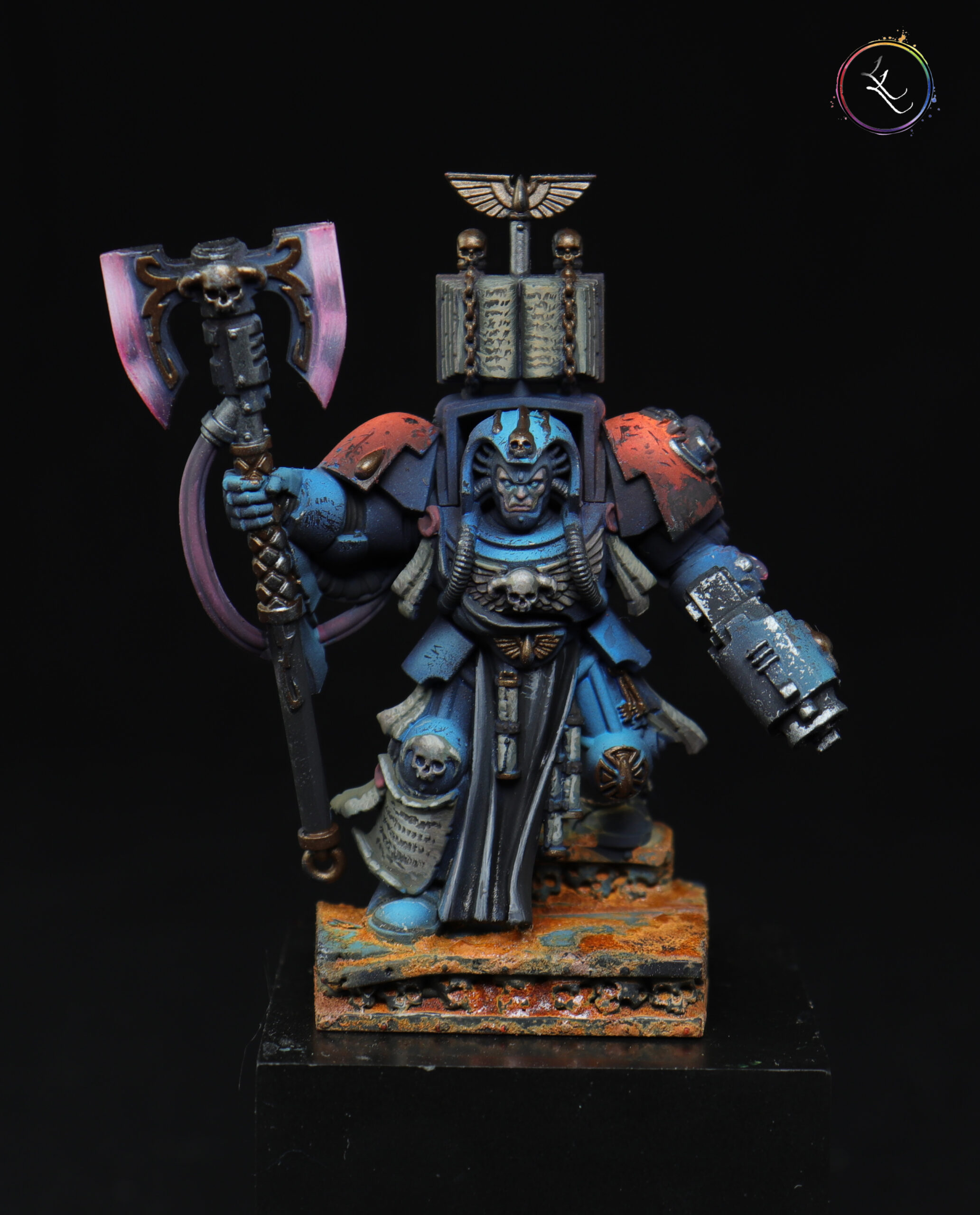 Space Hulk was the very first game I played in the 40K universe. I walked into a Games Workshop with my father and saw this board game laid out on a black cloth. I was offered the chance to be a Terminator or Genestealer – I took a cause of the Blood Angels obviously and was promptly destroyed. The game was hard, I wasn’t used to that. My young self was used to fairly easy games where I’d win. But this first mission was infuriatingly hard! I had to play it more!

The strangeness of the game has stayed with me. That lingering sense of paranoia as you flip over the blips. The desperation of the situation. Being totally and utterly overwhelmed by a tide of monsters. It remains one of the finest games produced by GW and one I recently had the pleasure to paint.

The blue was created using the Ultramarine Tutorial course with the micro chipping tutorial for that edge of desperation.