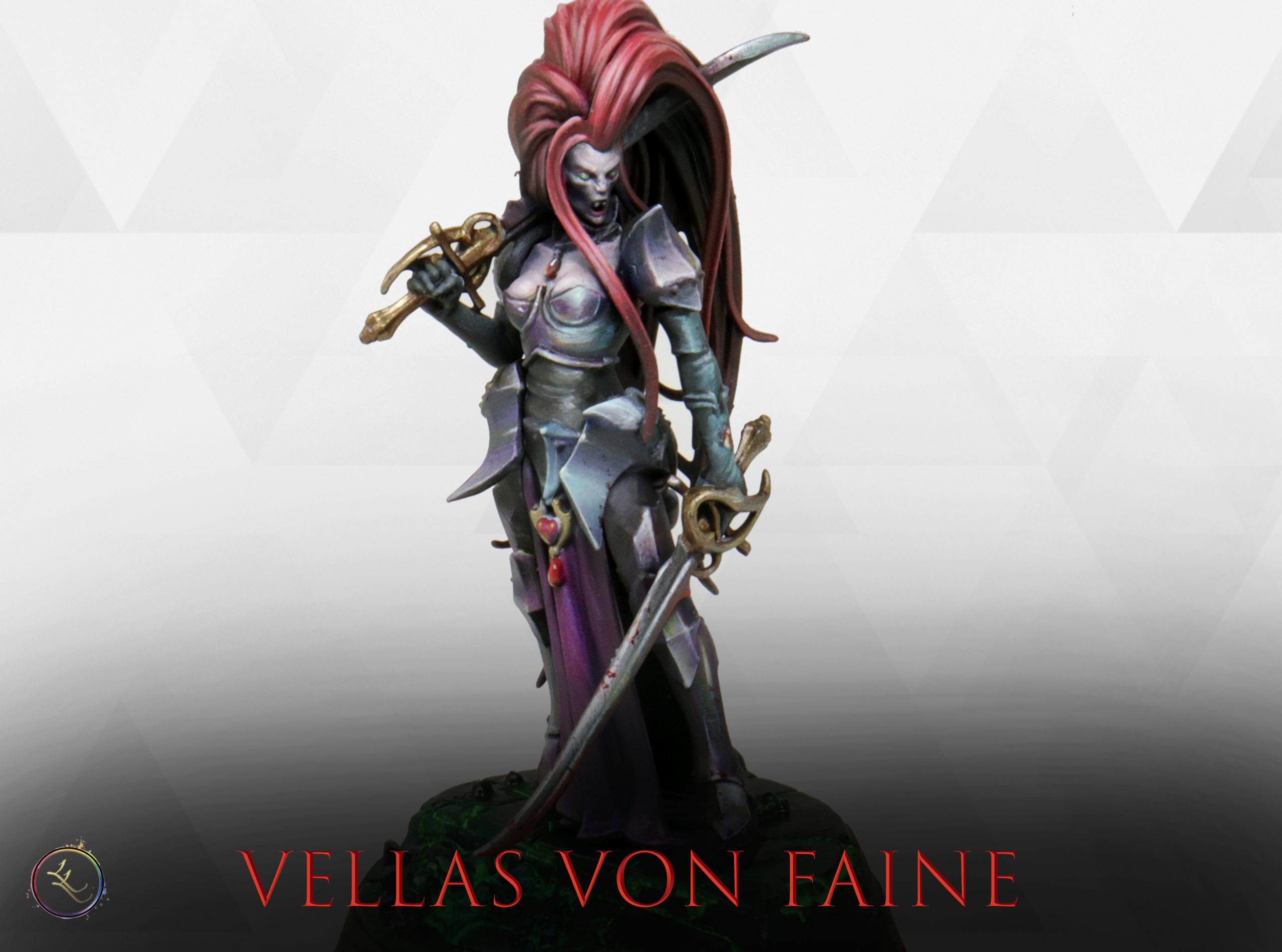 Halloween is a time of subversion. And none more so than for Vellas Von Faine.

When the usual norms are upended, even if it is for one night. When a lord can dress as a peasant, a man as a woman, a politician as an honest man. We can all break societal norms without transgressing them for good. We can cross that line without blemish. Dracula is not alive, nor is he dead. He travels in many forms, gleefully breaking the bounds of his physical body. He is a being of the night and one that is able to turn demure housewives into baby-eating nightmares.

In this instance, Vellas Von Faine is a female sculpt that is not overly sexualized. Sure we still have the chest out troupe – a dangerous proposition for a vampire whose vulnerability lies in being staked through the heart – but perhaps Vellas is indulging in a little subversion herself? The armour is black but reflects the light – with purple and blue hues running along with the highlights. The skin is pale, but has deep recesses to plunge that alabaster skin into almost black. A being of opposites.

This sculpture has a serious seam of badass running through it. From the defiant pose to the sword slid through her hair, Vella is not a being to be messed with.

A full tutorial series has been filmed for these beings of the night and will be available shortly. Keep an eye on the Tutorials section for further updates.

You can unlock the entire Crimson Court Tutorial series via the link above, or access Vellas Von Faine’s tutorial below: