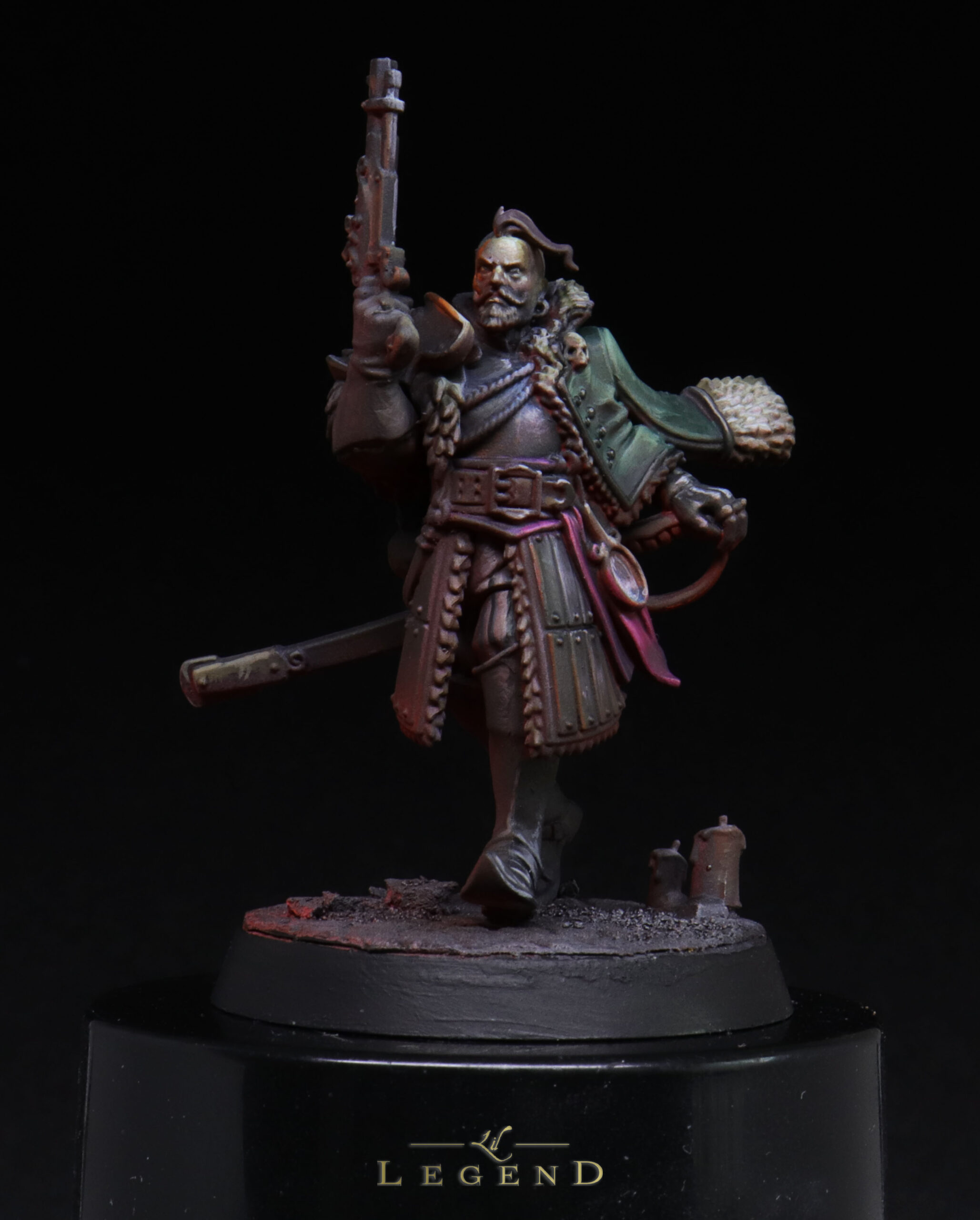 The brash young duellist is the last surviving member of the once-proud ven-Aletn dynasty. He now seeks to avenge his family’s honour, starting with slaying his three cousins who willingly received the Blood Kiss. Now is time to leave the swaggering braggadocio behind and put his skills to deadly new use.

Even though I own the game, information on the world and characters is quite sparse. I know there’s a novel, but I don’t want to have to buy supplementary material to understand the motivations of these characters. We’re lucky that the sculpt tells us everything we need to know. Looking at the swagger, the pose, the style, we know that this character is a rake. He is a duelist and braggadocio in the fine tradition of a Shakesperean supporting character.

Painting him was fairly straightforward. The entire boxed set is just a painters delight, full of textures and great sculpts, while never feeling overwrought. ven Alten followed the same structure developed with the Skeletons from the boxed set – intense red light from one side, moonlight and cool shades from the other. The skin for example was highlighted with a pale green to sell the secondary light source.

The jacket was a particular delight to paint. The tip of the brush was used to build the texture of the suede. The armour panels fell into place after the pre shade picked out the highest points to light with the airbrush. A quick sweep of dark blue-green and scratches picked out in a light yellow complimented the softer coat material.

The entire boxed set is becoming a study in mood and atmosphere. I don’t need to worry about producing an army of these guys, just one-off pieces that stand alone. It’s invigorating to paint a set of characters that work together as a game at the end.

With ven Alten in the bag, I turn to the remainder of the boxed set and wonder what next? More grunts, or a character? Of course, the gull process was filmed and can be found via the Cursed City tutorial link below.