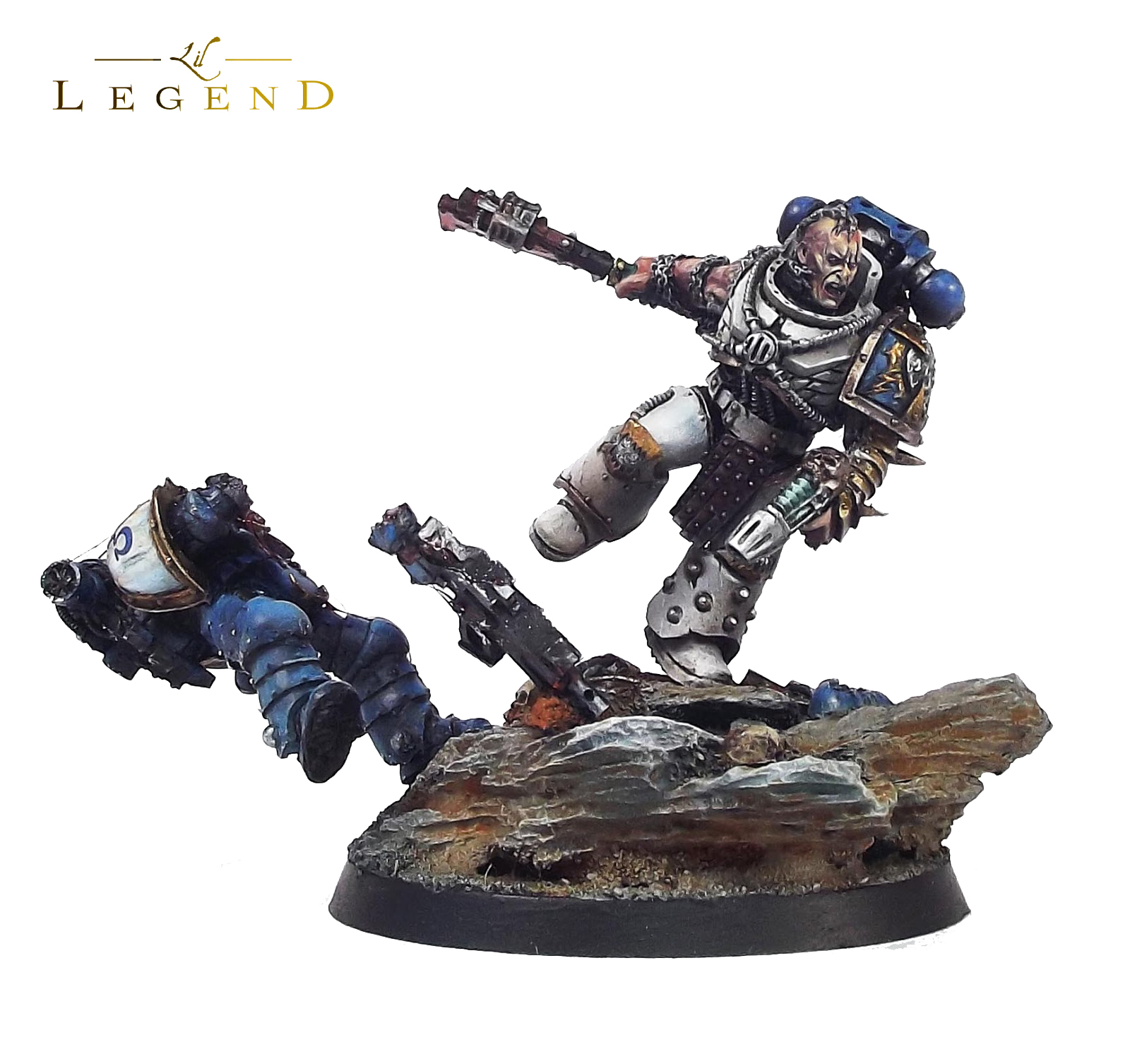 “Because we couldn’t be trusted. The Emperor needed a weapon that would never obey its own
desires before those of the Imperium….The World Eaters were not that weapon.“

Kharn the Bloody, from his unpublished treatise The Eighteen Legions

A favourite from the archives – Kharn the Bloody is a stalwart of Forge World’s Heresy line and is the reason why so many people have a collection of XII berserkers.

I’m surprised that we haven’t seen many conversions of this piece. This would make an exceptional Riven Hound, and the chest piece would make a fetching late heresy Raldoron.

There aren’t many dynamic character models in the range – mostly they strike the ‘Hero’ pose, but with Kharn the Bloody, I’m thankful that we see him in full flow. He has been painted on the killing feilds of Ultramar, during the harrowing of that region by the World Eaters and Word Bearer Legions.

Wouldn’t it be wonderful to have his partner in crime, Argel Tal, showcased soon?

If you would like to learn how to use this barbarian in battle check out our PRINCIPIA BELICOSA TACTICA series. Some characters *COUGH* Abaddon *COUGH* can be a drag on your list. Kharn however, is a monster. Like all characters from the World Eaters they don’t offer much to an army, but do one thing well – butcher.

We have a tutorial on how to paint this white and a FULL PDF via the Patreon Courses, and we have a FREE PDF for you to check out.

No doubt we will be seeing changes to the Heresy soon. Expect changes here with an update to the Principia series and the Painting the Legions sections.