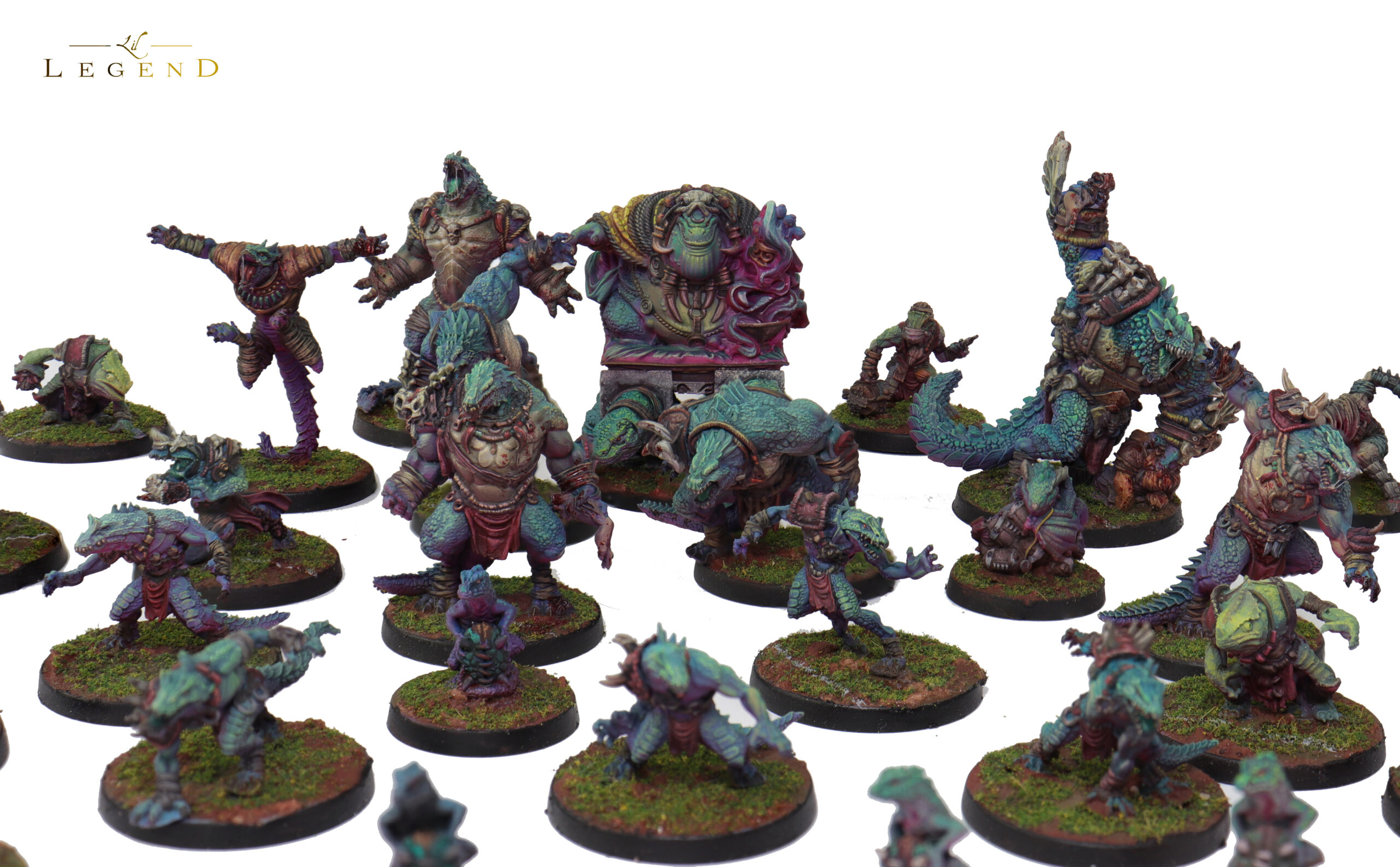 Phew, and it’s done! Below is the full team shot ready to ogle. It’s worth reflecting on the initial design process with the client, and see how that evolved into the paint scheme.

The design brief was quite loose; make them colourful, make them turquoise. Various pictures of exotic birds were exchanged and I had a rough idea of the direction of the piece. Then I saw Mathew Kane’s Alpharius and gave me one hell of an idea.

For those who don’t know, Mathew is a former Forge World painter and outrageously talented dude. He’s an instructor, offering online tuition and painting tutorials via the Patreon and has completed this diorama for us. Look at Alpharius’ armour… familiar?

The learning resources on the patreon are set up to develop a painter, no matter the subject matter. Even though Mathew painted a primarch, I was able to use his tutorials on the lizardmen. Magenta was used as an under-base with turquoise layered on top, with a final highlight of yellow. This gives a prismatic effect to the paint job, highlighting areas that would normally be swallowed by darker shades.

When sculpts are good it makes the painter look good. I didn’t need to work hard to show off the details of these miniatures. I’m fairly certain that neat applications of contrast paint would give a very good end result. In essence we are working with a zenithal light source, with the wrinkle of the mangeta. It isn’t an additional light source. Instead, it was to give more colour intensity to areas that normally fade.

Yes there’s more to see! There aren’t that many miniatures, but each one feels like a character piece.

One of the many little amazing details that come with the team – a little dragon that collects balls. Good luck trying to get them off him.

Team markers. It was important to translate the team’s colour scheme in a meaningful way, so they feel a part of the whole.

I hope you enjoyed this! This is an example of a boxed art commission, able to be used by companies to promote their products. If you would like a similar commission or represent a company looking to create a kickstarter or new project, then please get in touch!