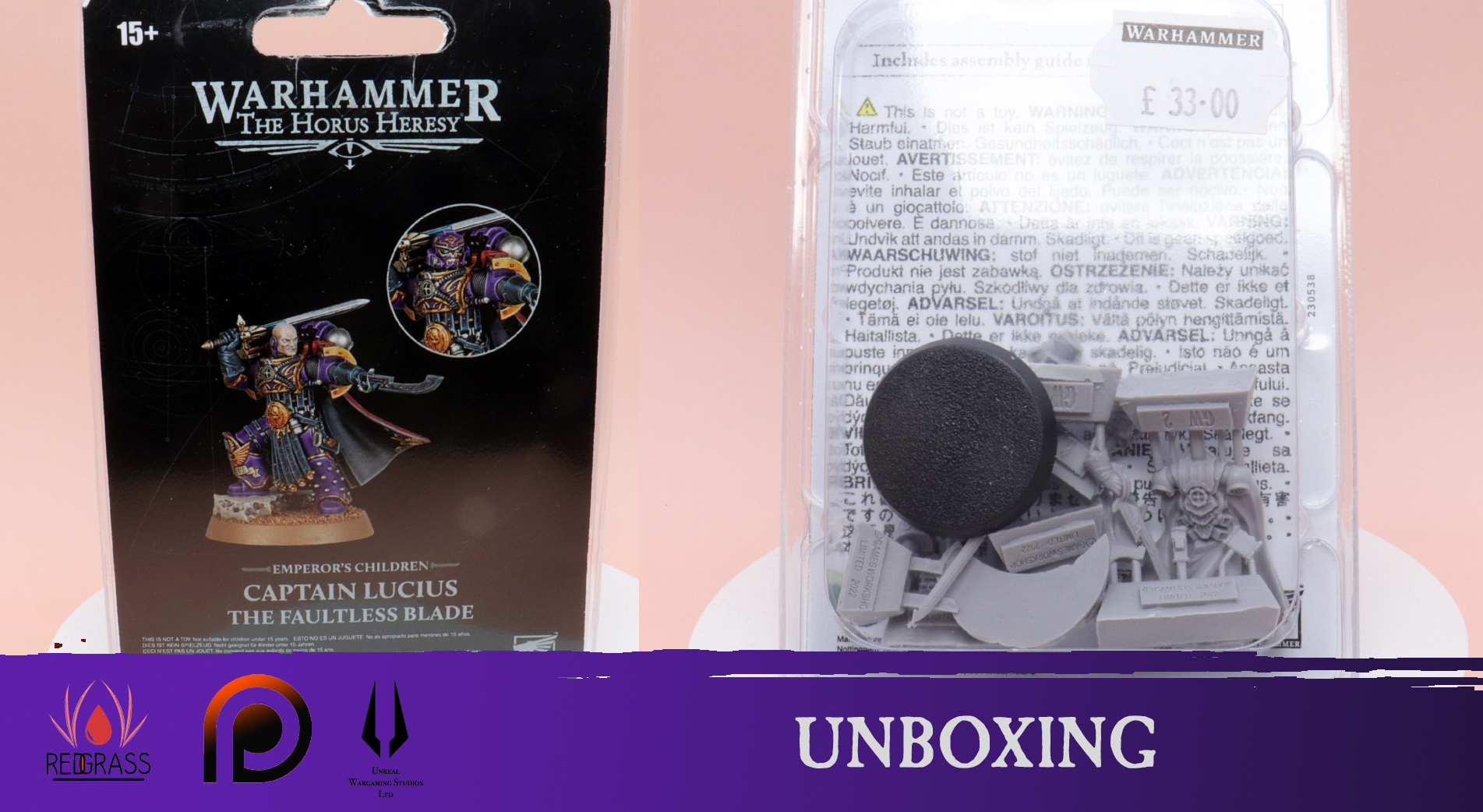 Lucius, the Faultless blade joins the cast of the Horus Heresy with this stunning miniature. Let’s look a the components of the sculpt.

All items are cleanly cast, crisp and well defined. We have echoes of the armour seen in Visions of Heresy with familiar troupes from the Emperor’s Children winding their way into the sculpt.

This is Lucius just Before Istvaan – when he started to scar his face. The bare head is absolutely beautiful and treads that fine line of not being overwrought with detail. The scars are subtle and left to the artist to define.

It’s a solid sculpt, packed full of cleanly sculpted details that do not crowd the miniature. The face is well rendered and characterful with the sneering superiority you’d expect from the Galaxy’s foremost swordsmen.

It pains me to say this because of the quality of the sculpt – but for a character that is so artful, so fluid, and full of forward momentum – why is he sculpted in a static pose? This may be an unfair criticism, I’m projecting wants instead of evaluating what is. What is here is very, very good. But looking at the dynamism of the Imperial Fist Praetor, the savage rending of Khan, and even Abaddon, I wonder what Lucius has a statuesque pose?