Never Underestimate The Influence Of the Gods. Horus Lupercal Commission. 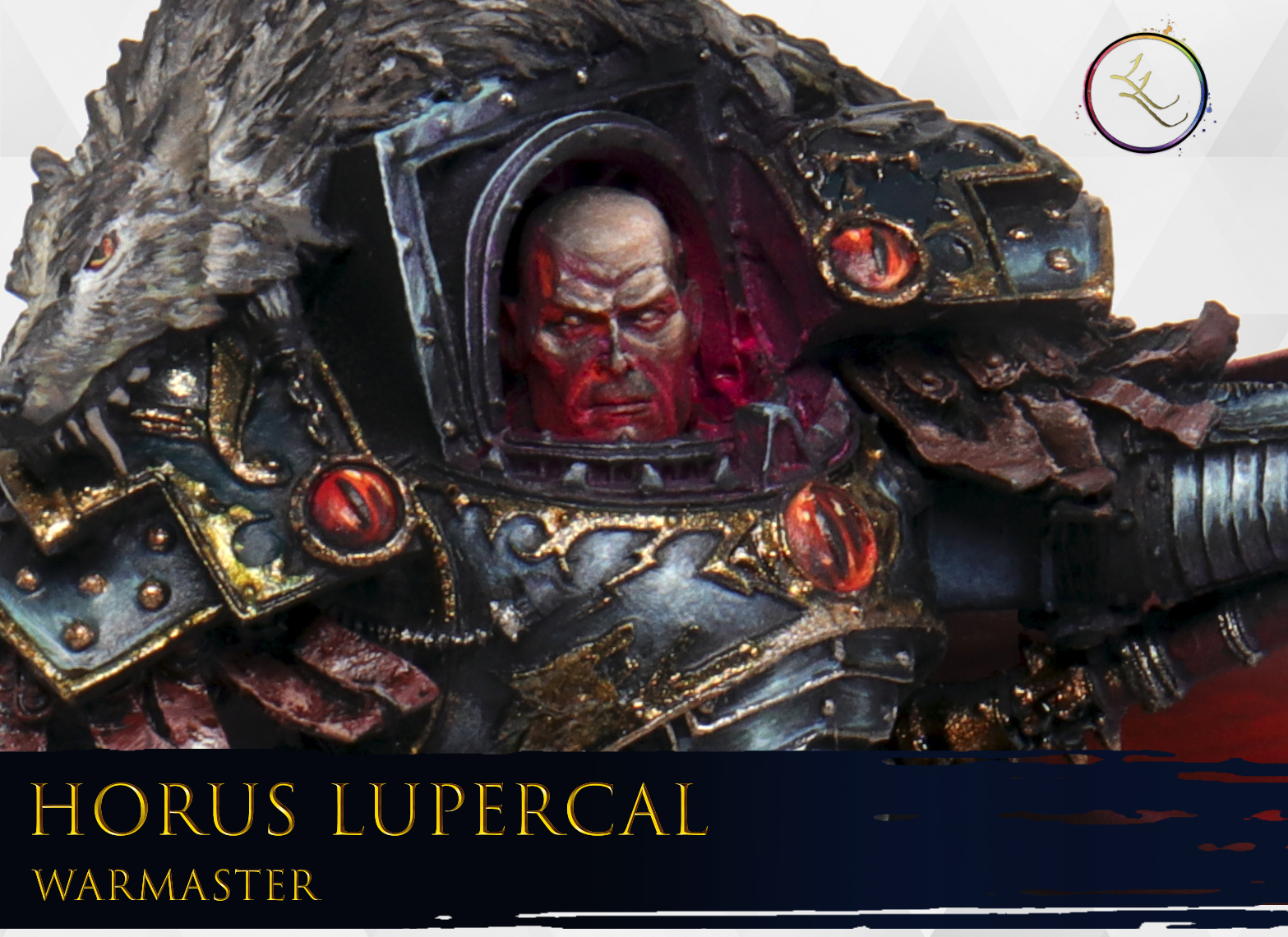 It does not matter how the galaxy burns, only that it does. Warmaster – that is what it means, my brother. The strength to do what must be done.

Horus Lupercal – the WARMASTER OF CHOAS.

I wanted to show the madness infesting the Warmaster. He is bursting with ethereal energy, ready to burst! I imagine this is somewhere pre – Molech. A creature somewhat in control, but slippling to powers that are overwhelming his mortal form.

It would be a lie to say I wasn’t thinking of the new Warmaster sculpt when painting this. It’s not exactly a test piece for the new sculpt, but it is an evolution in my approach to this piece. Every inch of the armour is battered, the highlights scratched with uneasy movements from light to shadow. The red gems pierce the gloom of the armour and under light his face with hellish vigor.

This version of Horus was filmed, but I’m not sure if I will ever release the footage. The original tutorial that you can find via Lil’Legend’s Patreon has created some wonderful work from the community. However, if there is enough interest I’ll look to package this up somehow.

Traditional accounts state that Horus was the first Primarch to be rediscovered, fighting alongside his father in the Great Crusade as Lord of the Luna Wolves. Becoming the favored son of the Emperor and beloved by most of his brother Primarchs, Horus eventually rose to become Warmaster of the Great Crusade and was seen as second only to the Emperor himself in power and prestige. But in spite of all of this, he was eventually corrupted by the powers of Chaos and initiated the Horus Heresy against the very Imperium he helped create.