Why you really need Red Scorpions Terminators to Storm Badab. 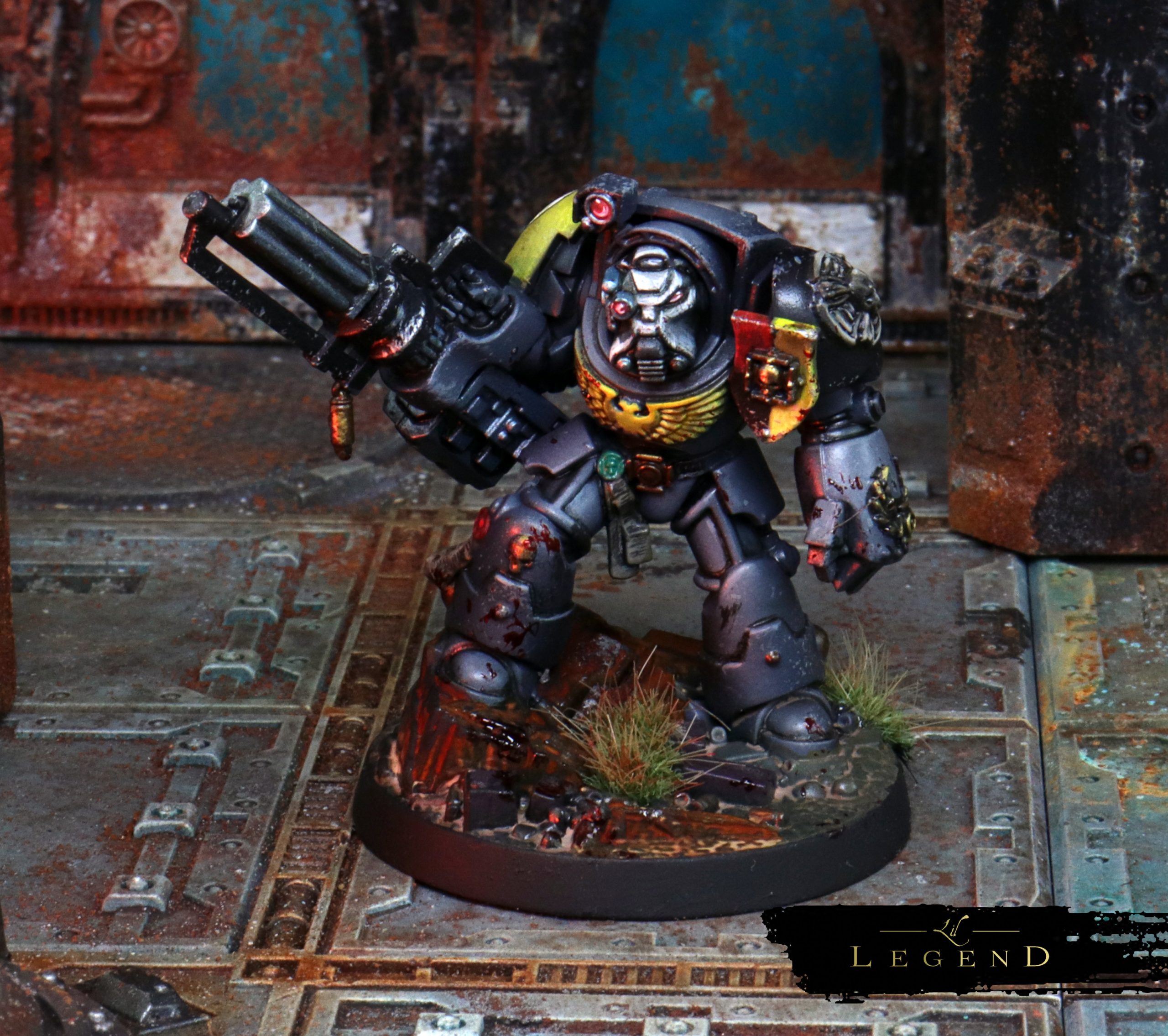 The Red Scorpions Chapter of Space Marines is a fleet-based Chapter of unknown Founding and lineage known to be composed of conservative Imperial purists who believe in the Emperor’s divinity without question. These Astartes are famed for their complete and utter devotion to Imperial military and religious doctrine, past the point where pragmatism or even reason would seem to require otherwise.

The Chapter is most renowned among other Astartes for its absolute adherence to every line of the Codex Astartes, which is unheard of in any other Chapter — including the Ultramarines. Its recorded history extends across five Terran millennia, but there are numerous indications that it may extend further than that.

This is part of a much larger commission, I’m delighted to bring you the first shots of the Red Scorpions. These Veterans of Badab, the Red Scorpions are one of the principal chapters involved in that dramatic conflict. The Red Scorpions Terminators were instrumental in the Zone Mortalis actions taken by those loyal to the Throne, crushing the Tyrant’s separatists.

The idea of returning to Badab springs up time to time, and I’m drawn toward the pretty chapters: The Nova Marines, or the Lamenters. It never occurred to me to try my hand at this utilitarian force. The tight focus on a sparse, yet striking scheme, helped zone in on what sort of style I wanted to portray. Not quite as dour as the Horus Heresy legions, the Red Scorpions belong to 40K and use a similar, punchy scheme. I couldn’t resist using weathering powders and blood spray to add dynamism to the scheme.