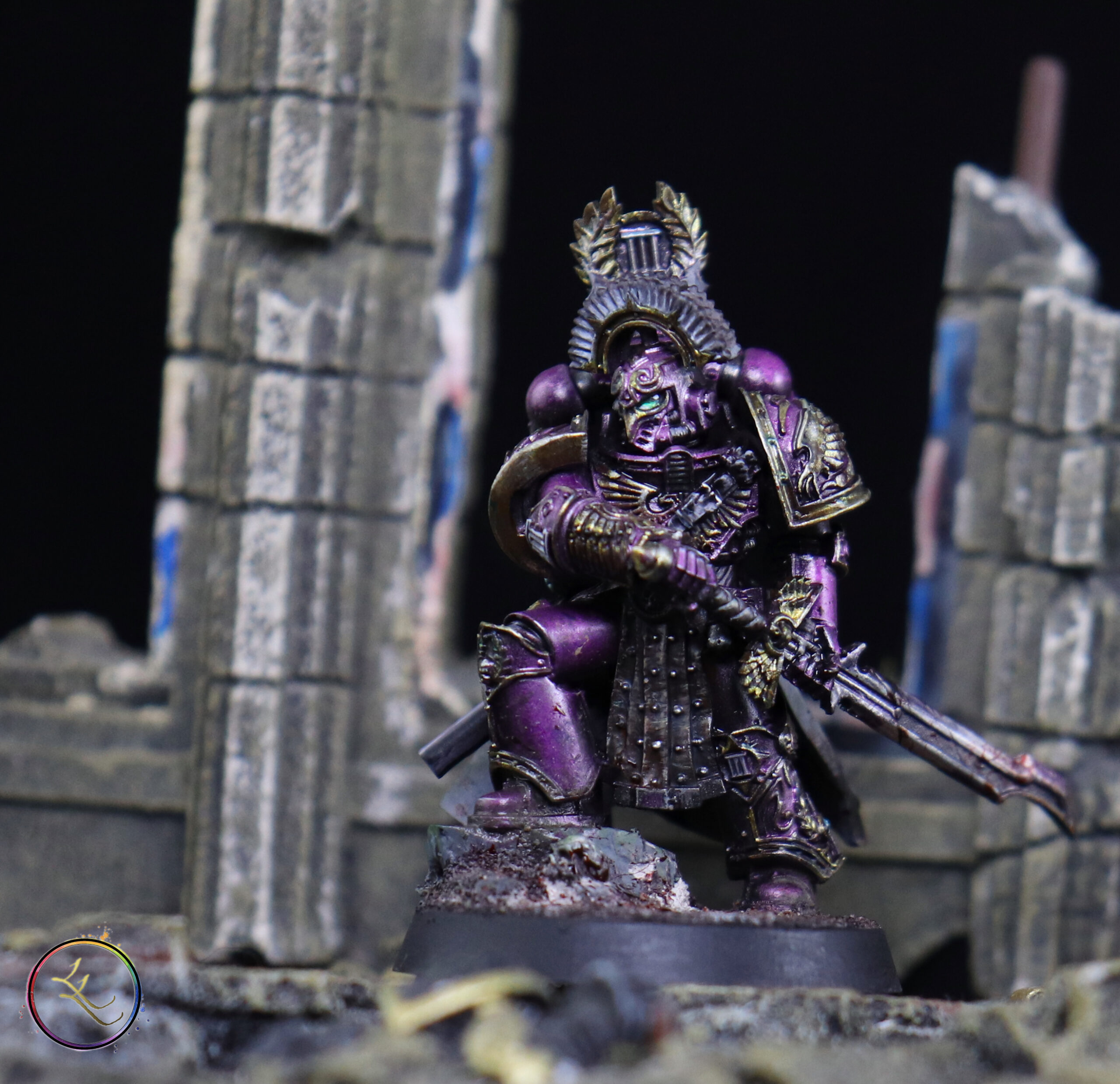 ‘Our names may be forgotten, and our bones crumble to dust, but our deaths will echo through the millennia to come.’

The First-ever named character from the Horus Heresy – and he finally has a miniature!

The miniature is special to any Horus Heresy fan, and I wanted to do something equally as distinctive for his tutorial masterclass. Tarvitz has been painted in two ways, grim-dark and my personal preference of volumetric highlighting. But what on earth does that mean?

Volumetric highlighting is a style that best emphasizes the shape of the miniature in relation to light and shadow. The right lower shin guard is a perfect example of this. By using techniques normally reserved for 2-d art we can give greater expression to the sculpt, adding depth to the shapes. Curving the brush in line with the volumes (shapes) and choice of brushstroke allows us to tell different stories. Should we use a wide variety of hues and values (the lightness or darkness of a colour) on a surface to suggest a lacquered surface, or should we add choppy, immediate stipples to create a battle-worn appearance?

Grim-dark miniature painting means a lot of different things to different people. From drowning miniatures in oils and enamels to using limited palettes, Grim-dark is a subjective term. I prefer to think of this as a realistic approach. You have the misfortune to step into this horrid world and you are viewing the characters without a filter. Zenithal highlighting (highlighting that is developed toward an overhead light source) is preferred as this gives natural fade. Edge highlighting is eschewed in favour of mud, oil, grease and blood effects.

The true metallic basecoat for the armour gives a satisfying and easy to achieve reflection that would require more manipulation with the brush.

Neither of these techniques should be thought of as the right or wrong way to paint. There’s no right or wrong way to tell a story, however, the tone of your piece must be consistent. It would strike an odd note if you were watching the penultimate scene of The Pianist, a movie about a Jewish Holocaust survivor if Darude’s Sandstorm playing in the background!

The full tutorial for this piece can be found via Patreon with each brushstroke documenting how the two styles diverge, and how they dovetail. I hope to see your own versions soon!