The Lie of FALKUS KIBRE the Widow Maker. Horus Heresy. 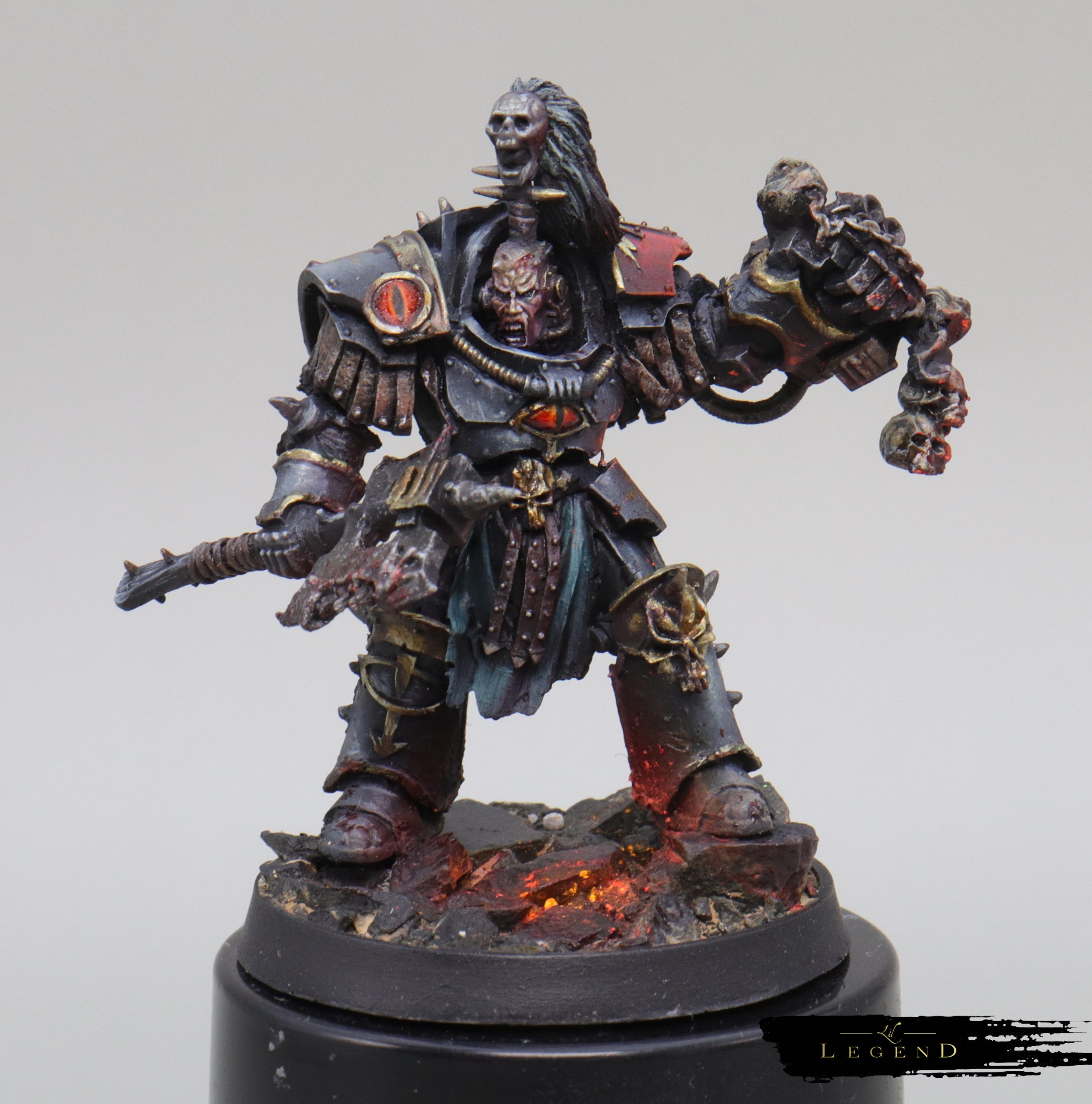 “I thought the Luna Wolves were supposed to be the most aggressive of us all. That’s how you like the other legions to think of you, isn’t it? The most feared of mankind’s warrior classes?”

“Our reputation speaks for itself, sir.”

The Legions were organized in line with the personalities of their Primarchs, shaped by their home worlds. Horus did not dispose of the gang culture bred into his Cthonian sons. Instead, he molded it into a spear to aim at the Universe. Kibre was a product of his savage environment, raging through the battlefields of the Age of Darkness with as much fervor as the Crusades. Preimmeninet in the upper echelons of the Sons of Horus Command, FAlkus Kibre was part of the Justaerin, second only to Abaddon.

He was present during the massacares of Isstvan III & V, Molech, Trisolian, Beta Garmon and Terra. His savagery swept all before him, until the Saturnine offensive. Although a member of the vaunted Mournival, Kibre was thought of as a guard dog, a formidable warrior, but lacked the subtlety of mind for a true command.

During the Siege of Terra, Falkus deployed on the surface on Terra along with the rest of the Mournival. He took part in Abaddon’s subterranean assault underneath the Saturnine Gate in hopes of quickly winning the war. However the weakness under the gate was a trap set by Dorn, and upon burrowing under Saturnine in assault drills the Sons of Horus were ambushed by Kill-Teams led by Garviel Loken and Nathaniel Garro. During the fight, Falkus Kibre and his Justaerin were wiped out by Garro, revealing that he had become possessed by a Warp entity

That he died at Terra.

The 41st millennium would be haunted by this savage warlord. A ghastly specter of an age better left forgotten.

It seems every Sons of Horus player eventually make their own Mournival. It seems I am no different. This is my rendition of a fan favourite: Falkus Kibre. I wanted to represent him at Isstvan III in my Return to Isstvan Army. He is raging at his brother, taking heads, devolving into the madness that would consume his legion. This is Kibre at his most sane, early Heresy era, before he is twisted and possessed. Inspired by the conversions of the Fenrypian Forge, I decided to base this miniature off Lord Zhufor.

I wanted to get a feeling of overbearing weight that the Justearin plate gives a character. His arm is swung high, with chained skulls taken from Legion champions. A sign of his new allegiance to the Warmaster, but to the Primordial Annihilator. His seduction to the ruinous powers doesn’t follow a straight line. I don’t think he is slaved to a single power, but rather to the pantheon in the form of annihilation. The miniature is a fair bit taller than most Terminators, even eclipsing Abaddon.

I hope that the next edition will see a model, with rules. Until then I plan to use his as a legion champion. My hope is to gradually corrupt him. As he takes the heads of rival champions I will add a trophy rack on his back with custom sculpted heads and helmets from his enemies.

If you would like to learn how I painted this check out the Justearin tutorials (Abaddon is a great tutorial to watch, one of my favorite produced)