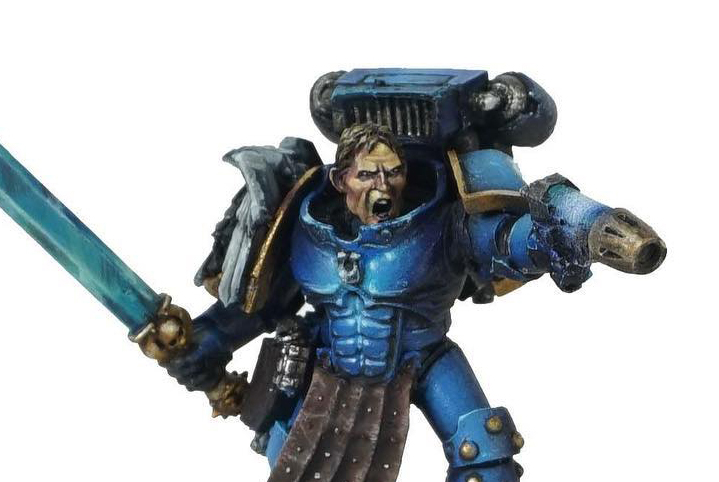 During pitched battles, they were often held in reserve to bolster a failing line or press breakthroughs. Unlike other legions, the Locutarus are not chosen for their savagery, but instead for their courage in the face of impossible odds.

The Locutarus aren’t seen that much on the battlefields of the 31st millennium. The unfortunate confluence of lack of official models and the potency of other Ultramarine units puts these guys in a bad spot.

I was fortunate that the client had created an aggressive Ultramartine force that would make use of these. The kit is a combination of MKIV space marines, Sanguinary Guard, assorted Ultramarine parts from 40K. The cool turquoise blades help keep the paint scheme coherent, rather than using a magenta of a metallic shade.