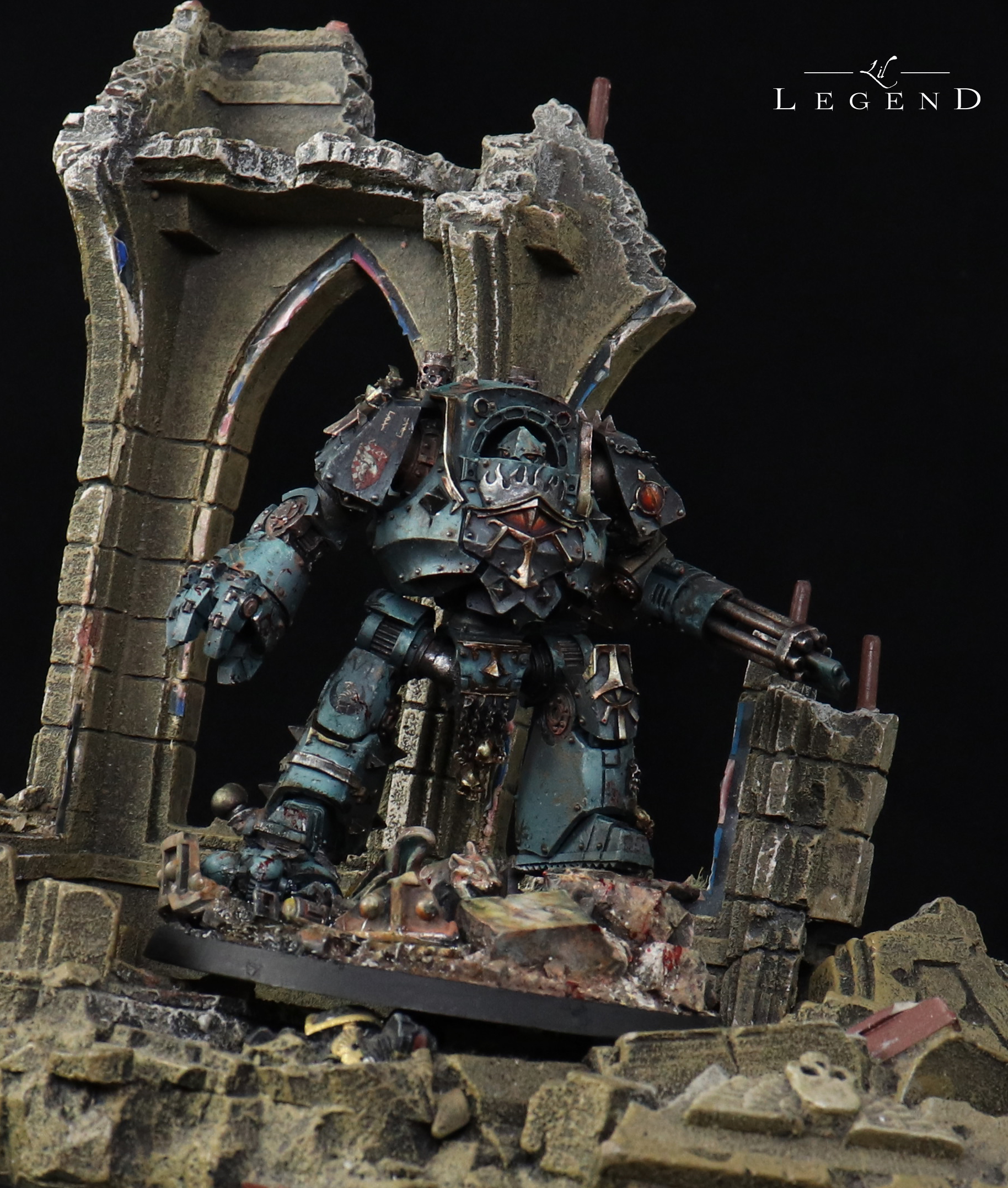 Is there anything more iconic than these walking tombs? They form part of the silhouette of a Heresy army and are great modeling opportunities as well. In the good old days of metal models, the box dread used to be the centerpiece of an army. With the upcoming changes to Heresy, these will take pride of place in your battle line. Let’s take a look a the most significant changes to the Contemptor.

They have a toughness value.

This is the most noticeable change. Contemptors now have 6 wounds and a toughness of 7, making them very durable. They can now survive the trek across the battlefield, and can even hang in combat against a Primarch for a few turns.

We saw firsthand at the Warhammer Open day that there is a new to hit chart for Heresy 2.0. If you have a higher weapon skill you hit on 5’s or 6’s, if it is double your opponent. Whereas you hit on 3’s and 2’s if you have a higher weapon skill. As a close combat enthusiast, I love this change, but it also shrouds the Contemptor in another layer of protection. Baseline infantry is going to have a tough time hitting the dreadnought, let alone wounding it. No longer will that Sgt hid in the back row snipe out your Contemptor with a melta bomb. Hitting infantry units of 3’s and getting stuck on 5’s will make them far more durable against mainline infantry. Tar pitting dreads anyone?

A tool for every job.

Need a tank killer? Equip them with 2 twin-linked lascannons (or a melta to get danger close).

Want a balance? Arm them with a Kheres Assault Cannon and a close combat fist.

No matter the hole in your army, the Contemptor can be shaped to compensate.

They benefit from Legion Rules

YES! They now benefit from Legion Traits! We haven’t seen them all at the time of writing, but the Iron Hands’ ability to reduce all incoming fire by -1 str looks rather handy. Blood Angels wounding on +1 on the turn they assault? YES PLEASE!

Get used to this in Heresy 2.0. When things explode, they EXPLODE! No longer do Dreadnoughts ignite on a 6+ on the vehicle damage chart. When they lose their last wound they blow. Everything within D6″ suffers a STR.8 hit. That’s every model. No hiding your Praetor away – it has to take the check and you better pray you don’t roll a 1.

BONUS: Fury of the Ancients.

Like Dreadnoughts? Want an army of them? Take this Rite of War and you can choose to use Contemptors as troops! This has seen a significant boost with a reworking of the Rite of War and the overall durability of the dreadnought. This has always been a popular army theme but is hindered by the restrictions on that build. Now, you can enjoy nothing but dreadnoughts all the time!