Who was Aster Crohne, The Ghost of Saiph? HORUS HERESY 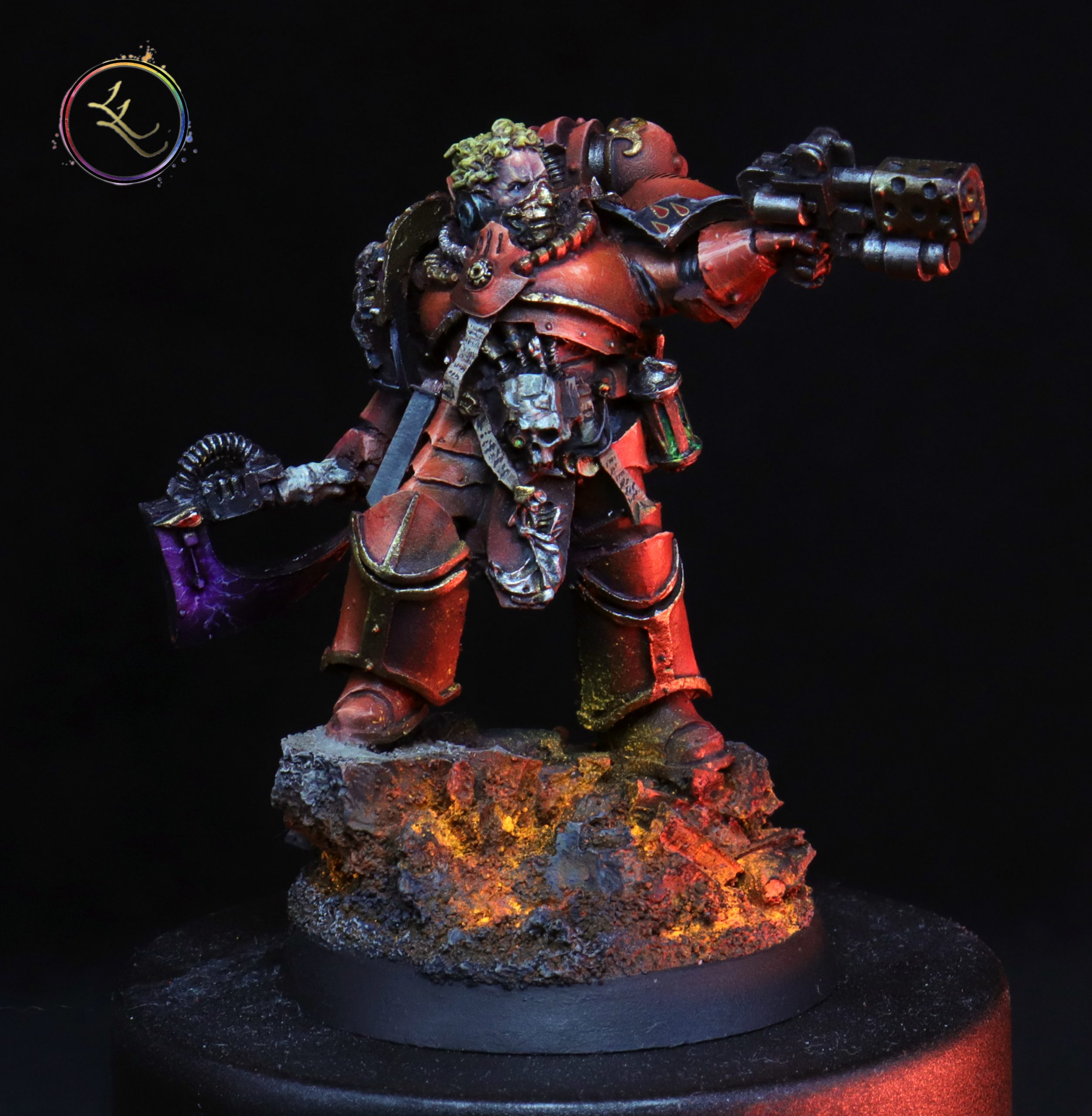 Aster Crohne, The Ghost of Saiph.

Aster Crohne was a Centurion in the Blood Angels Legion’s 94th Company during the Great Crusade and earned a reputation for surviving the most hazardous of warzones.

A veteran of the Blood Angels, Crohne served in the unnamed Legion in the days before the coming of Sanguinius. Recruited from the killing fields of Saiph as a child, Aster would go on to show an incredible talent for survival. Sanguinius’ reformation of the Legion from a force of soulless killers to that of noble warriors, Crohne was seen as a relic and garnered little favor from the new elite of his Legion, lingering as the rank of Judiciar.

During the war on Signus he was one of the few Blood Angels to maintain his sanity and not succumb to the Red Thirst. Even so, he is seen as an outcast within the Legion, an ill omen of a time better left forgotten.

I fell in love with this character during the last Horus Heresy Weekender (before the pandemic). There was an early copy of the book that was passed around a seminar. There I stole the first look at those golden locks. Later I would see the illustrator’s work (and unpublished concept work) surrounding Aster. I was hoping a model would follow (praying it would be Sam Egan who would sculpt it), but with the advent of 2.0, it looks like this famous survivalist didn’t make the cut. Yes, Aster Crohne has gone the way of the dodo, replaced by Zephon.

This model was converted from the event exclusive Iron Warrior with a resculpted faceplate. With 2.0 on the horizon I’m torn between the light and the dark. Between Blood Angels and the Sons of Horus. Help me decide?