The Life and Death of Talos Valcoran the Soul Hunter. 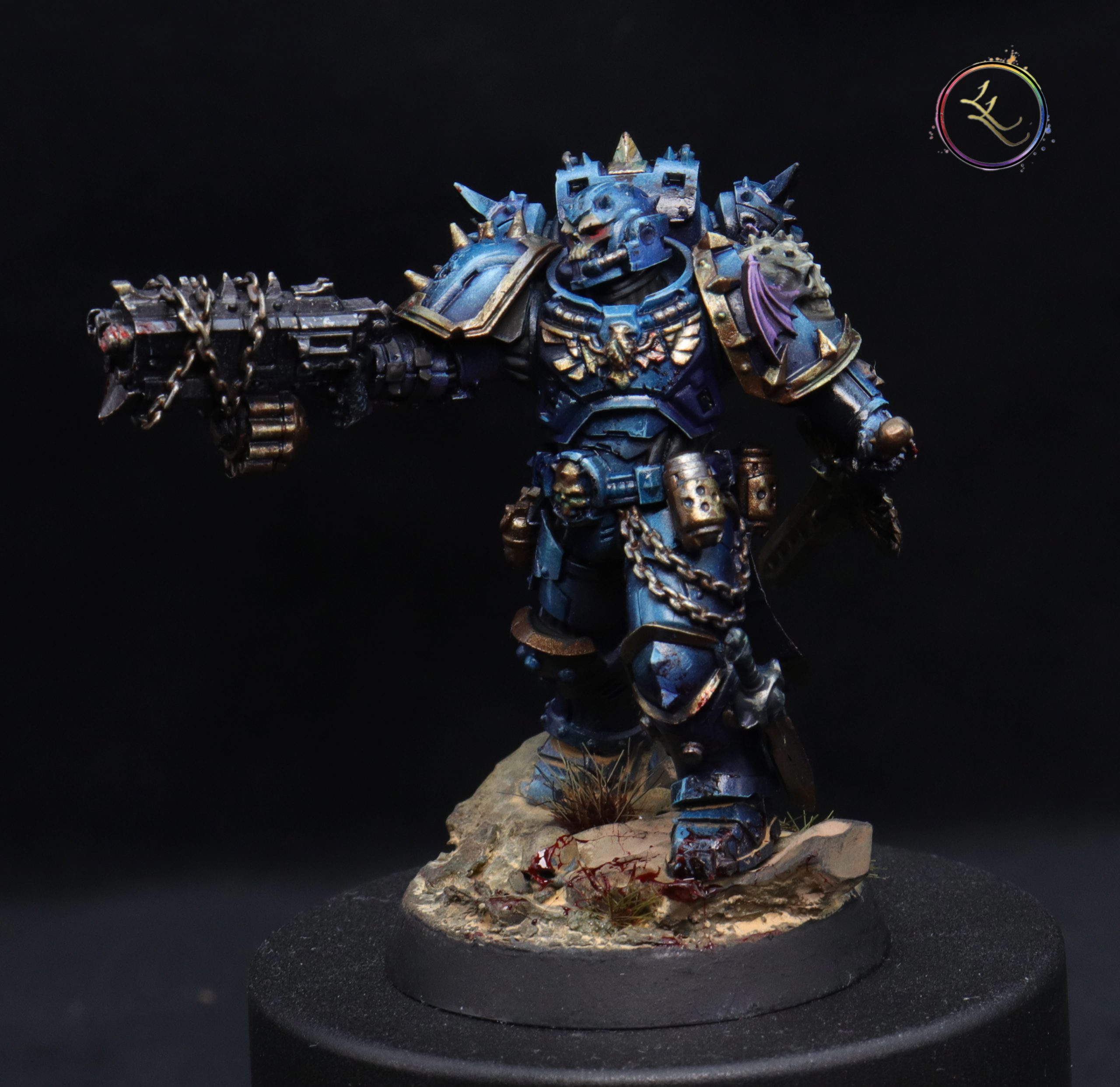 Talos Valcoran the Soul Hunter, so-called for the tortured, prophetic dreams suffered by this Astartes. Former Apothecary, leader of First Claw, and son to a murdered father.

Following Konrad Curze’s death, Talos was the first to hunt the assassin M’Shen in the name of vengeance, even though this disobeyed his Primarch’s last order.

M’Shen was eventually killed by the Soul Hunter after the Night Lords’ fleet gave chase to her vessel and after the subsequent Eldar ambush.

*puts on best American game show host voice* Star of the hit Night Lords trilogy by Aaron Dembski Bowden, Talos Valcoran the Soul Hunter, is a firm fan favourite and has been the subject of many conversions the length and breadth of the land. However W Artel Miniatures used to make a fairly good stand-in. There were a few notes we had to hit in this commission – the skull faceplate, the sword, and the ruined chest plate. These are iconic to the character, so everything has been framed around this. The inclusion of lighter value hues and gold help contrast against the midnight blues.