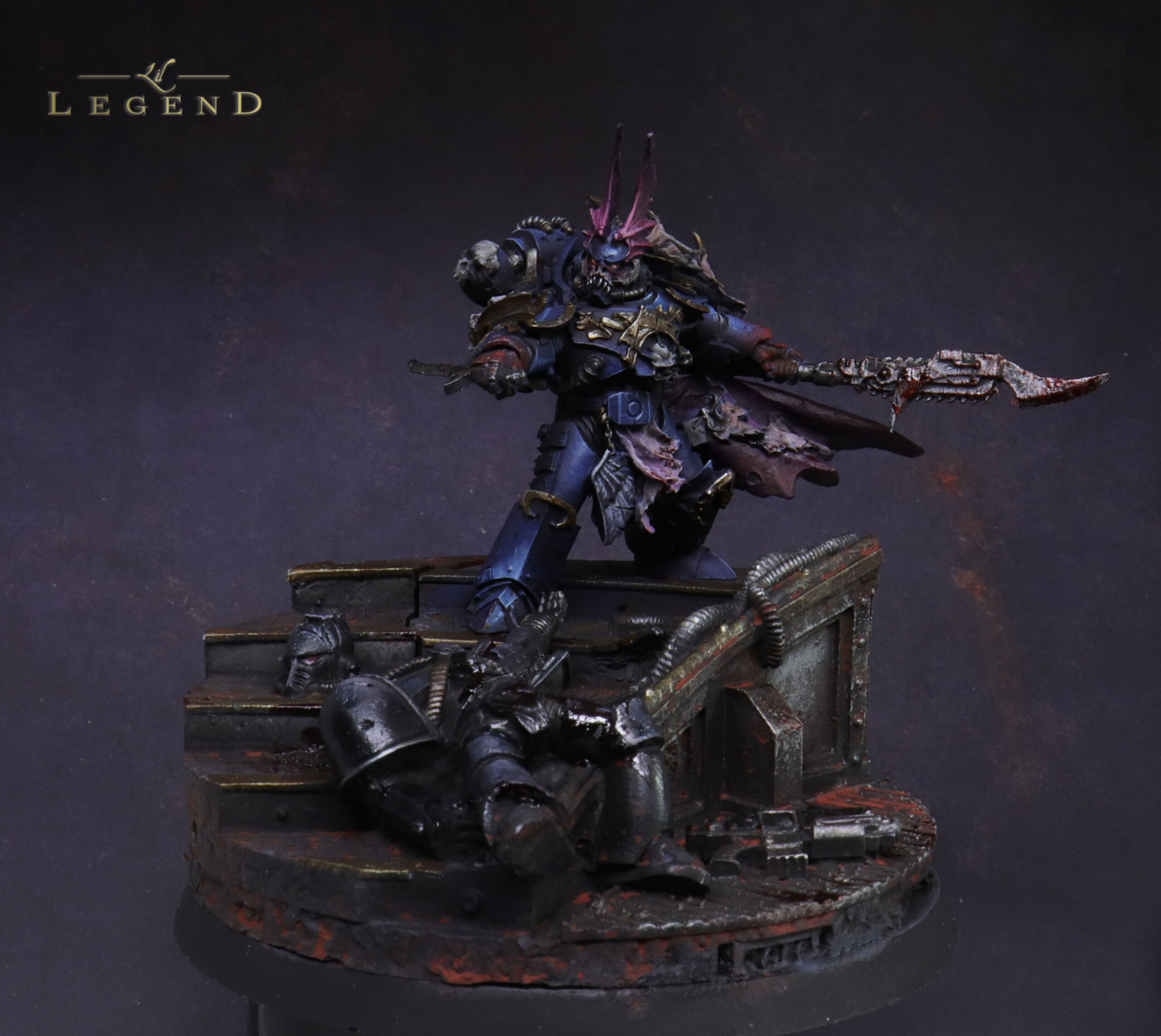 “The Wolves go for the throat. We go for the eyes. Then the tongue. Then the hands. Then we skin the crippled remains, and offer it up as an example to any still bearing witness. The Wolves were warriors before they became soldiers. We were murderers first, last and always.”

What’s there to say about a character that has been discussed so often and with such passion? He’s a badass, a killer, a shrewd politician able to navigate the rage of Kurze and the Lion alike.

Painting Sevatar was unusual, as I used a bottle of Deadly Nighshade, a colour that’s nearly 25 years old, and still works perfectly! What the hell did they use in these old bottles of paint? The client has painted his entire army in this scheme years ago.