Thramas; The Grave of Heroes – First impressions of book 9! 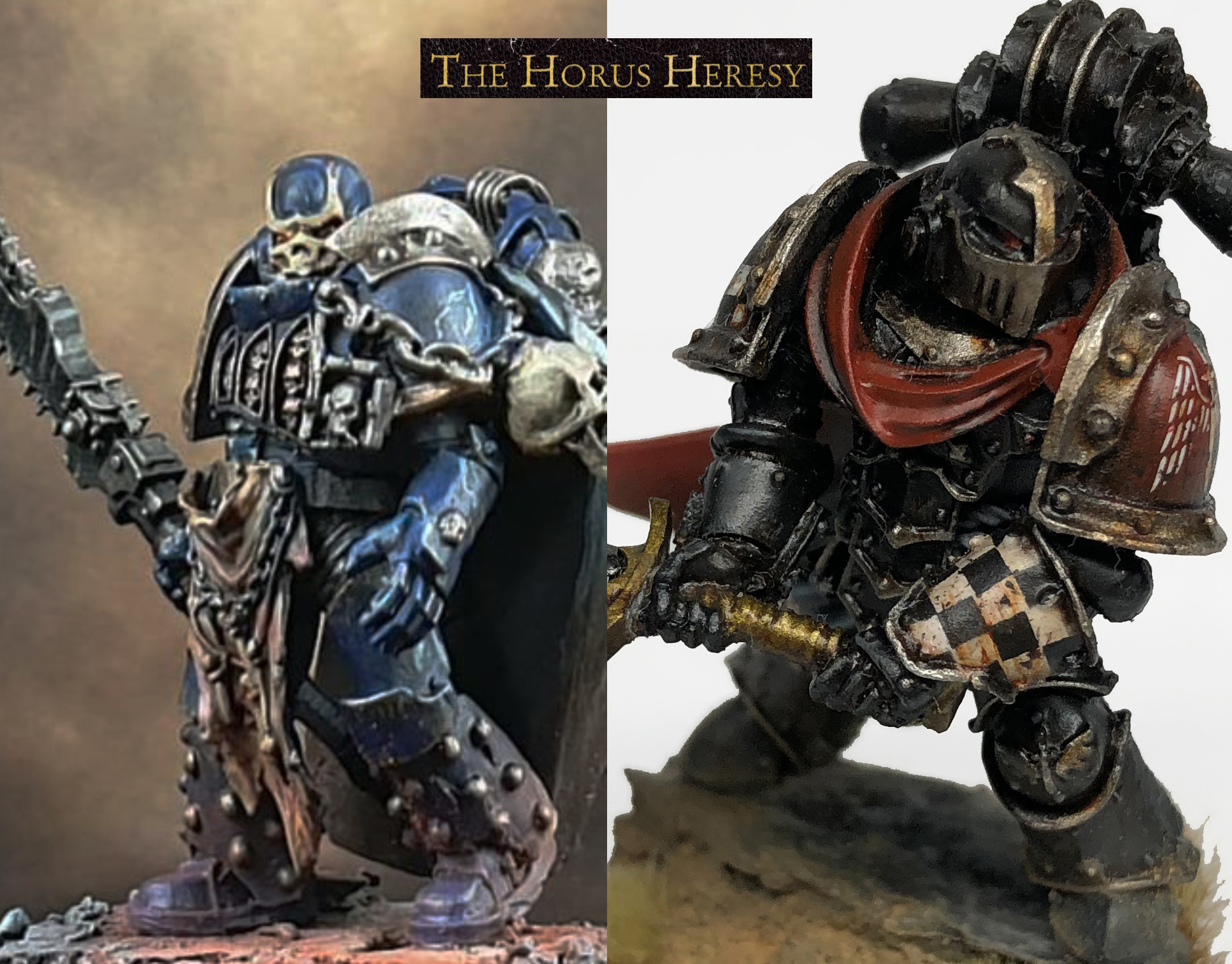 Micahel: So here we are, our new rules! A full-blown tactica is in the works, but I need to play a few games to wrap my head around the byzantine set of rules we have been gifted.

The first thing that strikes me is that Covenant of Death is gone! Rejoice, first legion players! This rule was such a massive hindrance that really didn’t tell the story of our legion on the battlefield. It was a drawback purely for fielding the first with very little context as to why. Never again will you lose a very close game because the enemy outnumbered you at the end.

Scions of the Hexagrammaton allows our characters and independent characters access to join one of the 6 wings. This is what we have been waiting for, and digesting the combinations available to us will take time. These are upgrades that will be required to buy if you wish to run one of the new rites of war. This also allows our independent characters to become scions of the Hekatonystika. Another layer that sits underneath hte Wing structure.

Stasis shells (for grenade launchers and missile launchers) – holy shit! Stasis grenades? This is the kind of Dark Age tech we kept after the scouring of the Sol system (and their use was deemed a war crime thereafter. By the Imperium. Who use phosphex.) Stasis grenades now inflict initiative 1 to any enemy squad hit (just hit) for the remainder of the game turn.

This is a HUGE change. Before you had to fire and hit with your stasis shells and charge in the assault phase to get a benefit from them. Now you can lob grenades all day and reap the benefits in your opponent’s turn. I cannot overstate how good this is for the survivability of your units in combat. Oh, and the Lion has them as well.

Molecular acid shells have been toned down and simplified. It’s a good change for the game and will prevent your opponent’s eyes from rolling when you happen to roll a one to determine the AP. Now they’re simply fleshbane AP4. Still a great option for 5 points a model.

I’ll go into our new Rites of War and units in later depth in short order, but just from what I’ve mentioned here I am very pleased with where the Dark Angels sit. The options granted to you by various scion upgrades and our wargear choices allow for some interesting choices on the table. Please note the use of the word interesting. An obviously broken rite of war, or killer combination of Wargear wasn’t what I was interested in. I feel like I can represent the First in several iterations without making the battle one-sided.

Ed: You know what is best in life? Skinning your foes? Hearing their screams? No, it’s new book smell. After drinking in that new book smell, I sat down flicked through book 9, scanning the artwork snearing at the Dark Angels section and headed over to my beloved Night Lords.

My overall impression of the rules is positive. there have been some excellent updates and several fun new additions. A Talent For Murder now works against all non-vehicle units and affects monstrous creatures. The next thing that jumped out at me was that now all units in the detachment have Night Fighting. It seems to suit our lore, no?

We also have a sweet new piece of wargear in the Headsmans Axe. This axe is a high strength weapon that swings at initiative, AP 3 with Rending, so will leave a bloody path in its wake. The Headsmans Axe is available to your Nightlords independent characters and the Huntmaster of the Night Raptors.

Speaking of Night Raptors, these guys are looking fantastic! The special rule; Onslaught, is gone. Night Raptors now have a solid veteran stat line, have had a points drop, cheaper weapon upgrades and some great new rules: Raptor Strike and Bloody Murder. I love that they can now use their jump packs in the movement and assault phase. I fully expect to see these guys zooming around many a gaming table. I know I’m very excited to bring mine back out to play.

The next unit that got some important updates are the beloved Terror Squad. These guys have always been the masters of culling infantry, but never really posed a serious threat to vehicles. Those days are now over! The added option of being able to take melta bombs on the whole squad make this unit an absolutely deadly choice. Another nice addition that was pointed out to me was that now Terror Squads can take a Rhino as a dedicated transport. This has gotten me very excited for an old school rhino rush using the Terror Assault rite of war.

The third special unit and new VIIIth legion kids on the block are the Conteka Terminator Elite. Each Conteka being equipped with a heavy flamer and the new Nostraman Chainblade (not Chainglaive) these guys will rip through basic infantry. Make no mistake though, they’re not going to be making many heroic last stands or hunting superheavies. Conteka have limited access to ap2, high strength weapons, but with guns like the new Volkite Cavitor, this unit was clearly designed for gunning down civilians.

I had hoped to see some kind of ability to make their deep strikes more accurate, perhaps in the form of a terminator assault rite of war. The Conteka shooting attacks can put out a devastating number of wounds, but are very short range, so even a small scatter on anything but the most danger close teleportation deployments will likely put them completely out of range. I would recommend getting as many nuncio vox in your army as possible if you plan to deep strike these bad boys. Or use Sevatar. Then danger close drops are possible!

Overall I am stoked with the new and updated Nightlords rules. Book nine has got me excited for writing new lists and painting new models. Now we just have to wait for all the Dark Angels players to get their armies tabletop ready and the Thramas Crusade can being in earnest!