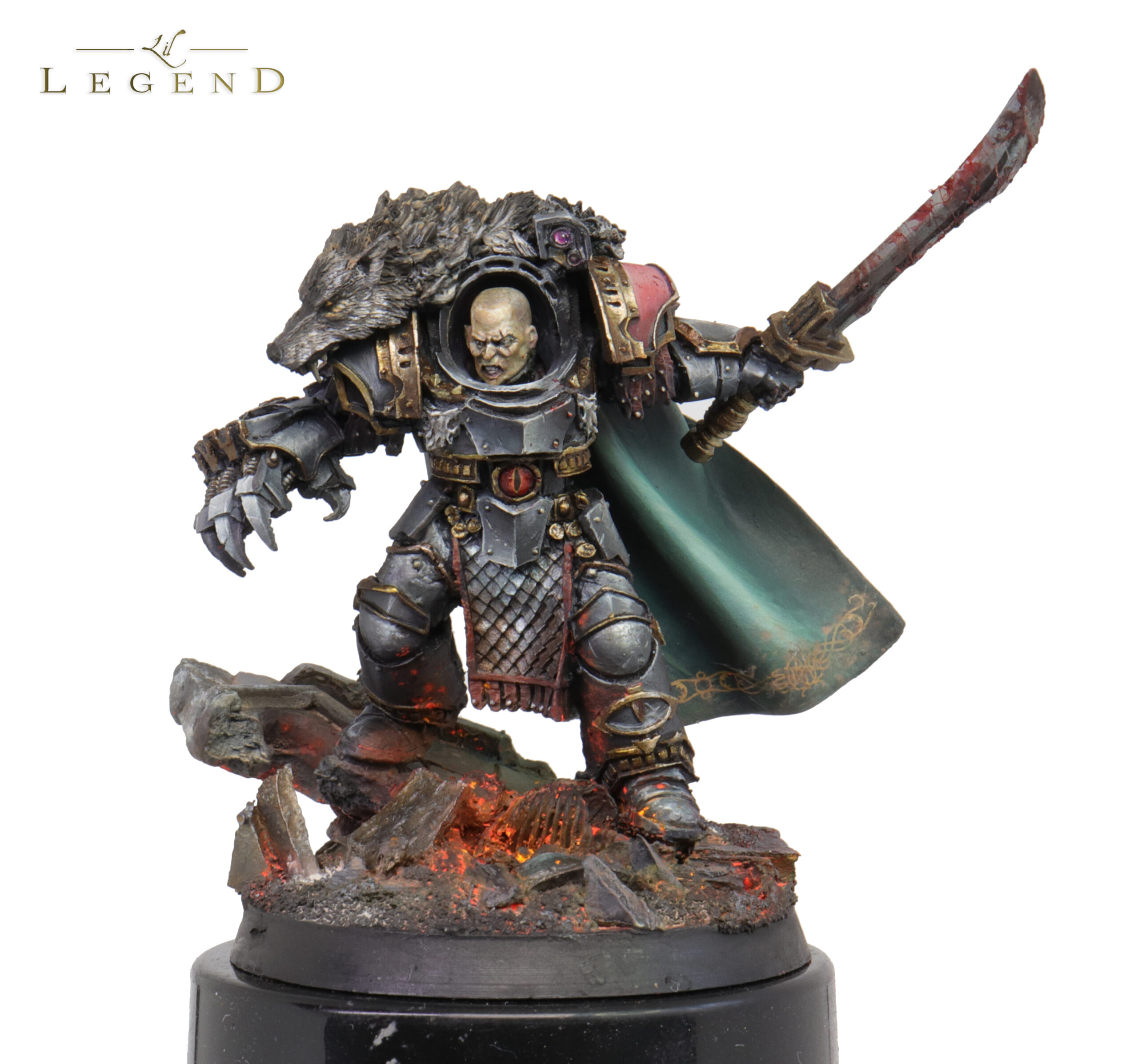 “When one with honeyed words but evil mind

The Merisi clan is well known to any inhabitant of Cthonia. One of the major mining companies that cored out the heart of the World, Gedephron was the fifth son of a distant relative to that Dynasty. Miraculously, Gedephron survived the Astartes trails and joined his brothers in the stars to claim an Empire for Mankind.

Recruited toward the dying days of M.30, Gedephron knew the Legion as the Sons of Horus, and owed little to the martial traditions of the Luna Wolves. By this time, fanaticism, devotion to the cause, and the cult of personality overtook the strictures of the Principia Belicosa. Gedephron gained rapid promotion through the ranks through his connections within the Lodge and was given a battlefield commission as Captain during the purges of Istvaan III. Indeed, his first command as captain was to open fire upon his brothers.

Daubed in the mantle of a conquerer, however ill-fitting for such a creature, Gedephron now leads a spearhead of the Legion’s elite Justaerin, carrying the will of Abaddon and the Warmaster into the Age of Darkness.

I don’t like the Sons of Horus. Swaggering, bullying, and utterly self obsessed. I guess you need those undesirable qualities to conquer a galaxy in less than 200 years.

The older I get the less heroic my characters become. My Blood Angel Praetor is self-sacrificing and rather handy with a blade (he has taken the head of a champion from each of the traitor legions), but he’s rather dull. Sanguinius’ geneseed aggressively overwrites the base template to such a degree that there’s not much humanity left.

Gedephron wants power. He wants the power to practice his petty spite and exercise his might over the weak on a galactic scale. He wants to put worlds to the sword, picking at some metal scab with his actions, unable to let it heal. He got this power, not through his own merit, but as is common in these regimes, through his devotion to the cause, and his proximity to power.

Is he good with a blade? He likes to think so. Is he a keen strategist? In the way that all Praetors are of this age, but a savant he is not.

I was rather keen to explore the concept of tenebrism, – extreme light and shadow, but I don’t think I quite fulfilled that here. There are variations in hue, but very rarely do I plunge them into pure black. It did influence my style of basing, using dark, cindered wood in contrast to the bright embers TUTORIAL HERE.

One of the joys of painting is seizing opportunities, no matter how haphazardly they fall into your lap. I’m an opportunist – and when I bundled a glaze over his scalp, it sort of looked like stubble or very short hair. Ok then, I guess we’re doing that!

The hairline was built up by mixing dark grey into the base skin mixture and carefully stippled, over and over. A lighter skin tone was added to this and stippled again. Lots of tiny, tiny little dots, built up, again and again, to create the effect.

So here he is. My mean, spiteful, bully of Praetor, Gedephron Merisi. Pray you never encounter him on the field… he doesn’t fight fair.