Magnus the Red. Lord of Prospero, the One Eyed King Primarch Commission 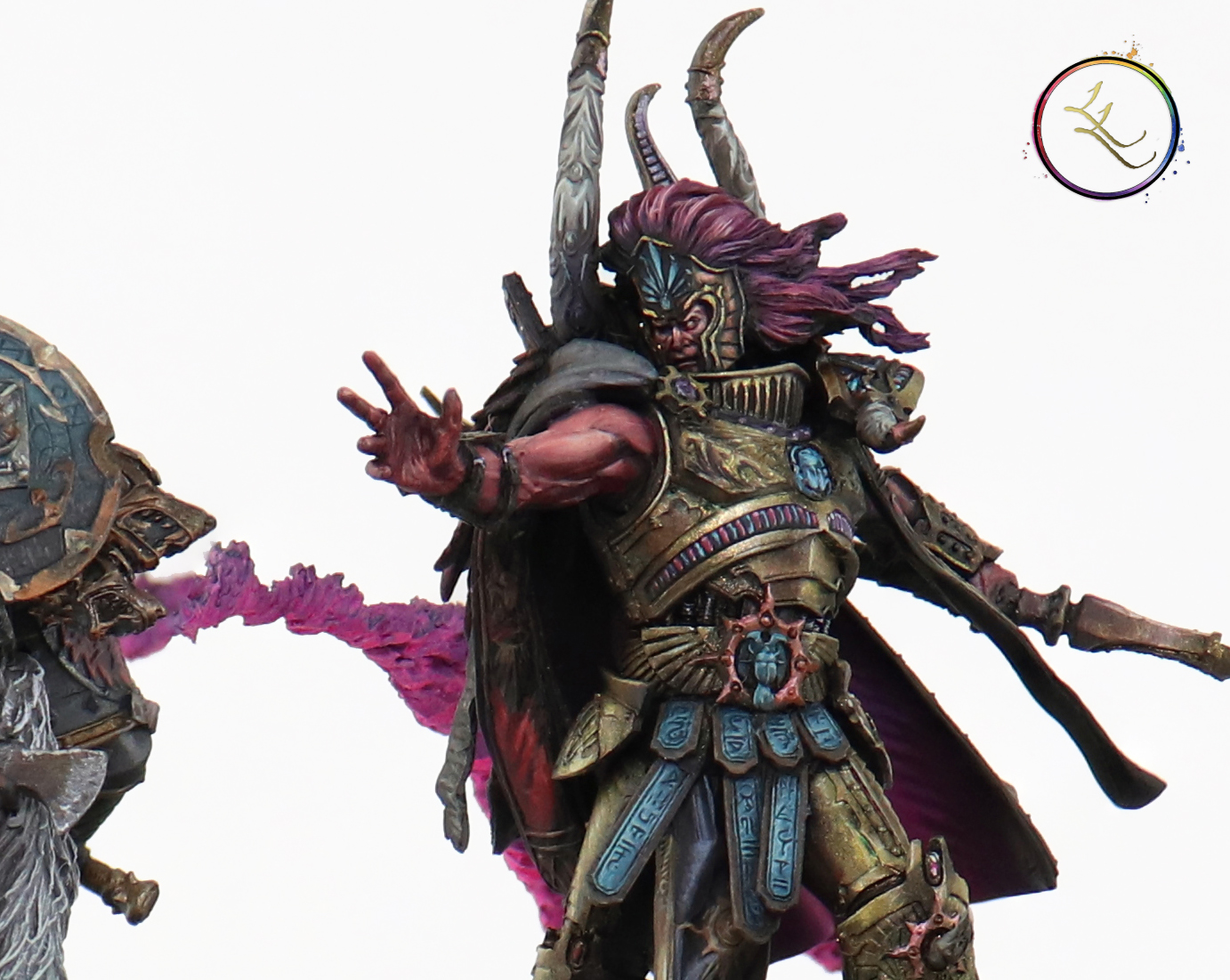 It’s a frustrating experience reading the arc of the Thousand Sons in the Horus Heresy novels.

They never learn their lessons! They plunge from one dilemma to the next with zen-like idiocy, gaining knowledge but not the most important kind: self-awareness.

Please don’t read that as a criticism of the writing, it’s fun to get mad at these characters’ lack of self-awareness. King Lear has the same blind spot, his daughters deceive him, his courtiers pander to his ego and he is stripped of everything by the end. It’s a recurring theme throughout the plays that deal with Royalty, their effectiveness as rulers partially determined by how much insight they can bring to bear.

Yes, I have an English Masters’s degree, and yes I will mention it as many times as possible. It’s the only thing it’s good for.

In the Russ article, we discussed the importance of a coherent Colour key. Well, with a name like Magnus the Red I’d be pretty dense not use that. Red is a tricky bugger though, sitting at the start of the spectrum, and prone to losing saturation when highlighted and shaded. A pinch of magneta here, a pinch of orange there and you can create wonders.

The armour also saw the employment of a new technique: HTMM (hybrid true metallic metallics). It’s a joke that developed on Instagram trying to describe what the hell I was doing. To get the most out of metallics, I’m experimenting with a non-metallic under the base, with metallics used on top to create an effective sheen. It’s a have your cake and eat it technique, giving the solidity of NMM but the realistic shine of real metallic paints. It’s still in its infancy, but if you would like to learn more there is a full tutorial for THE LION’S SWORD.

The entire process for painting Magnus was filmed and is currently rolling out on Patreon. You can find part 1 here: