SLAVES TO DARKNESS: Path to Glory – YOU DECIDE. 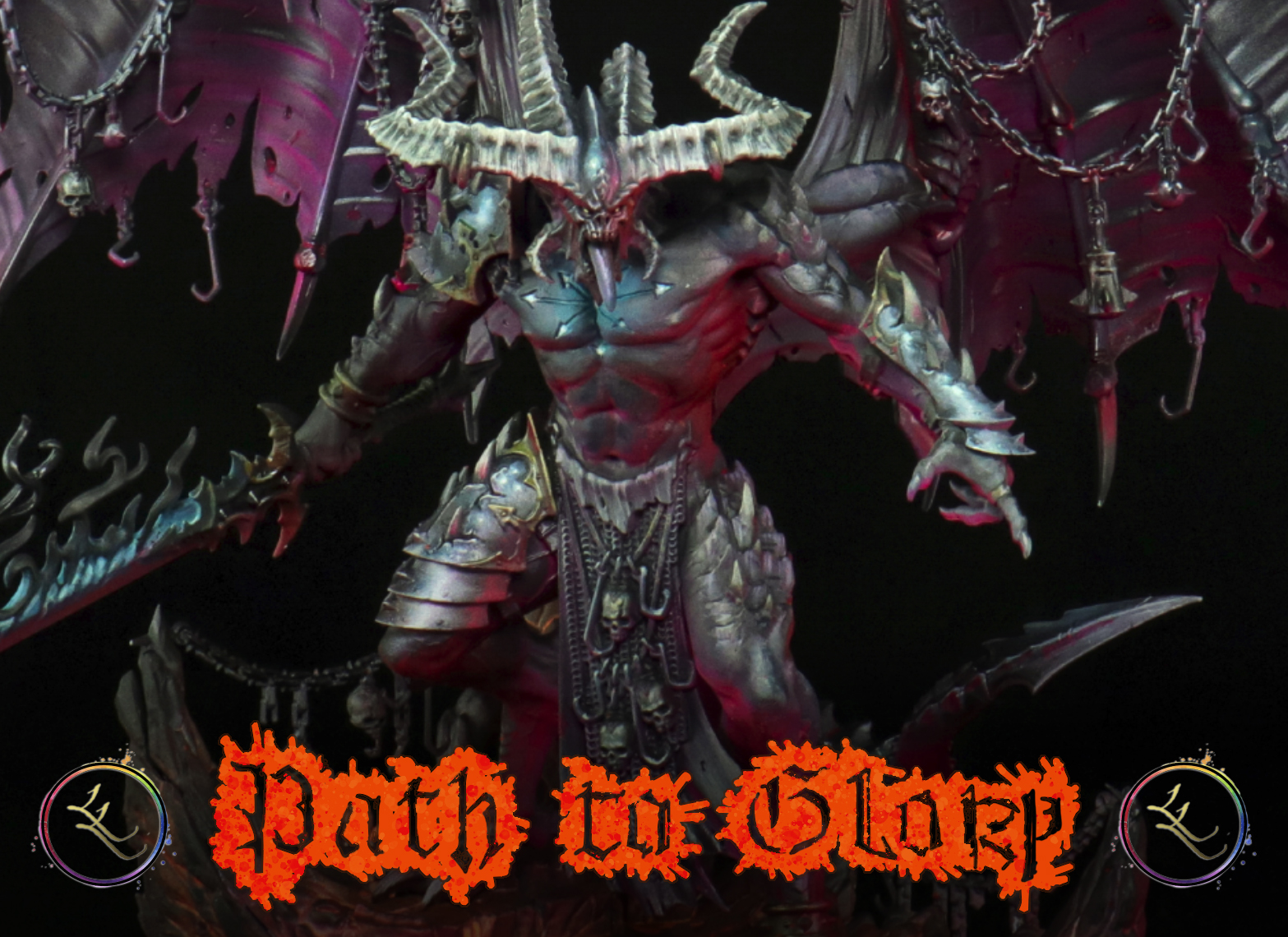 The Slaves to Darkness box has me weak at the knees. Yes, it’s not Old World, my first and bitterest love, but the sculpts are FIRE! Who wouldn’t want to paint them?

I started collecting after the tempestuous days of Slaves to Darkness & Lost and the Damned. I don’t have the nostalgia kick of rolling on insane D100 tables and spawning a Warband lead by a Ware-Zoat (yes, this is a thing). However, my Mentors in Darkness (Darren Winter & JP from the Age of Darkness podcast) do. We even spent an awesome episode with listeners rolling up warbands LISTEN HERE.

The Path of Glory series is an attempt to drag that chaos into the 21st century and level it squarely at you! I want to show how to develop a colour scheme from the ground up, how to develop visual imagery that binds an army together, and how colour choices can be made with the magic of colour theory.

We will be kicking off the challenge in the new year, and EVERYONE is encouraged to join along. Simply tag your posts with #pathtoglory and we’ll do monthly round-ups of everyone’s work. We’ll be bringing you new polls every month to decide colour palette, sigils, basing – the lot!

Yes, I really am leaving all these choices to the most chaotic intelligence of all. The Internet.

But we are faced with our first question. Our first step on the path of power, the path of glory. Which of the great powers should we dedicate ourselves to?

The poll will be open until mid-December – will ascension, or damnation await?