Thule Nestra, The Last of the Thunder Warriors. 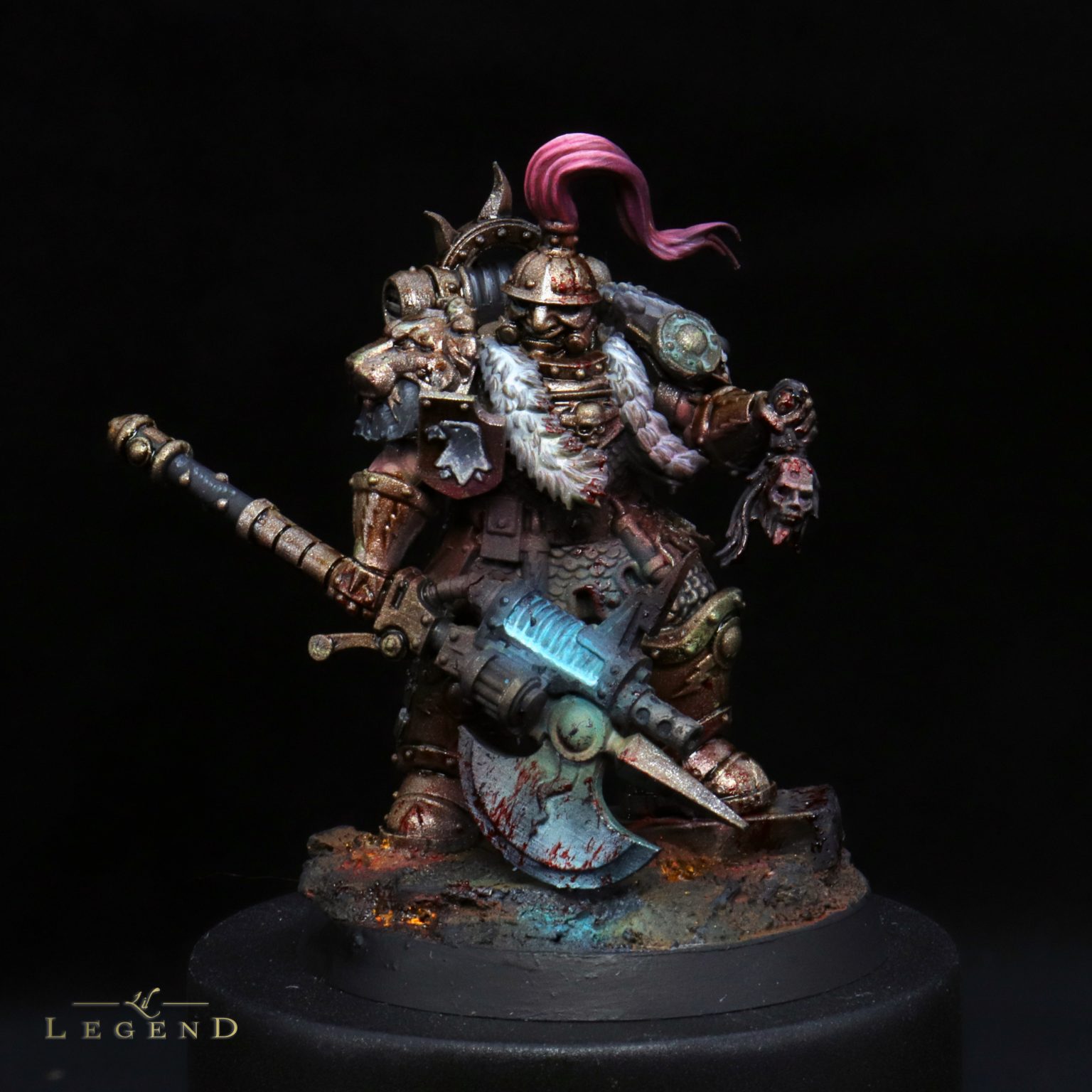 Thule, the Last of the Thunder-Warriors.

The Legio Cataegis (or Thunder Warriors in low gothic) were genetically-engineered, superhuman warriors created Emperor of Mankind to reunify Terra. Through alchemical augmentation, somatic gene-sculpting, and muscle-grafting techniques, the Legio Catagis were the first stumbling steps to what the Astartes would become. Savage children, born of blood – an all-consuming fire to ravage Old Earth.

Their purpose was to unite the homeworld during the Unification Wars on Terra in the late 29th and 30th Millenniums. Earth at this stage was dying. A sterile, blasted thing, used up by centuries of war by ravening hordes of mutants, psychopomps, madmen and despots.

The Legio Cataegis was a conflagration, consumed by their own savagery, and lost during the Wars of Unification. Those few, rare creatures that roam the universe are hunted remorselessly by the Legio Custodes. To what end, is unknown.

This model has survived a war.

An actual war, not the fake one we all like to indulge in. The model is made by Tortuga Bay Studio. If you follow them on social media you would have seen their harrowing flight from Ukraine. It’s absolutely insane to me that they sent this to me a few days before the beginning of the War.

The model was painted as a secret Santa. It’s several months late, but I hope you enjoy it Dan! Thanks for your patience.

The model was painted using the Hybrid true metallic technique (that can be found here). I have filmed this piece but lord knows when the series will be released. Best way to keep up to date is via our Tutorials Tab on this website.