Who, or what were 30K Blackshields? HORUS HERESY 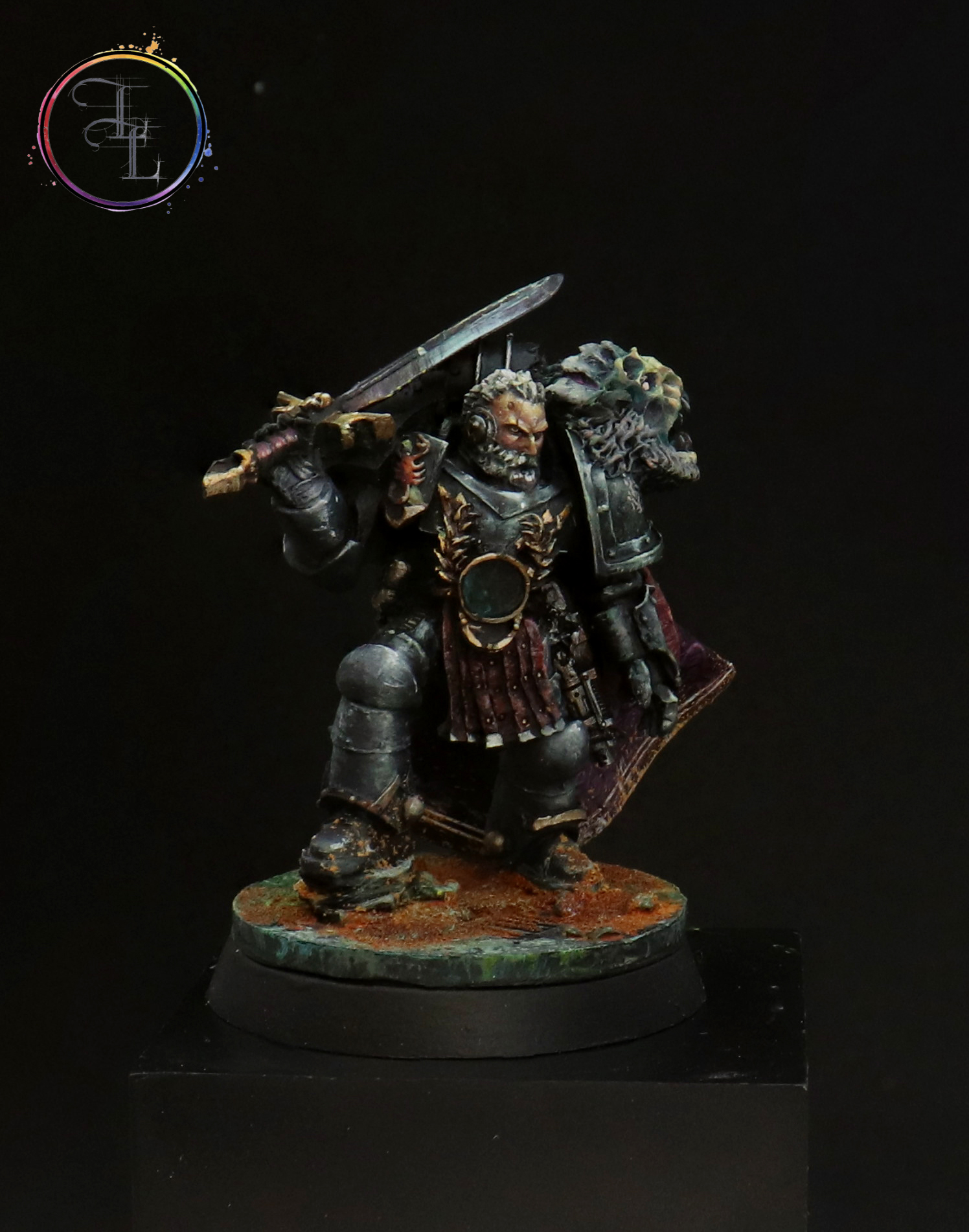 “I shall not be by him imprinted, nor by his sin disfigured.“

Inscription acid-etched into the armour of unnamed “Blackshield” Legionary

The term “Blackshield” was an umbrella term for the myriad of factions that sprung up during the Age of Darkness – the interim period of civil conflict between the massacres at Istvaan and the Seige of Terra. These were outcasts, marauders and those Legiones Astartes of uncertain origin or alliance.

Mystery and suspicion attached themselves to such warriors regardless of their true loyalties or intentions, and while some did deliberately scour their old heraldry from their armour or replace it with some false device or heraldry of their own, their name of Blackshield was often a literal description for armour over-masked or simply scorched black.

Though never existing in numbers so great as the Space Marine Legions from which they had no doubt sprang — far from it — each faction and band, from the dozen survivors of a deadly betrayal by their own kind who cast aside the past to the cohort of rapidly-indoctrinated Initiates thrust into a battle for a cause they barely understood in power armour empty of livery, had their own place in the tapestry of galaxy-wide destruction that was the Horus Heresy.

The Lords of the Blackshields were an eclectic group of charismatic leaders, Tyrants, or Agents of discord. Each faction pursued its own agenda and would plague the Imperium until well into the 32nd Millenium. A general armistice is thought to have seen many of these factions rejoin the Imperium in the form of Chapters (CROSS REF: RED CORSAIRS).

What do you do if you haven’t got too many marines and not enough to make a full army? Well, you create a 30K Blackshields force of course! I had a stack of MKIII’s that didn’t fit into my Blood Angel Force, so I decided instead of leaving them in a pile, I would start a small ZM force. I love the idea of some scandalous Agent of X legion, flash indoctrinating them, slapping a bolter in their hands and being told to go kill. This force was primarily a marauder force- a kill team used to disrupt galactic supply lines, or harry any weaker elements of a campaign. They are Jackals, preying on the weak.